Expensive house prices are forcing many young people to abandon any plan to own their home. 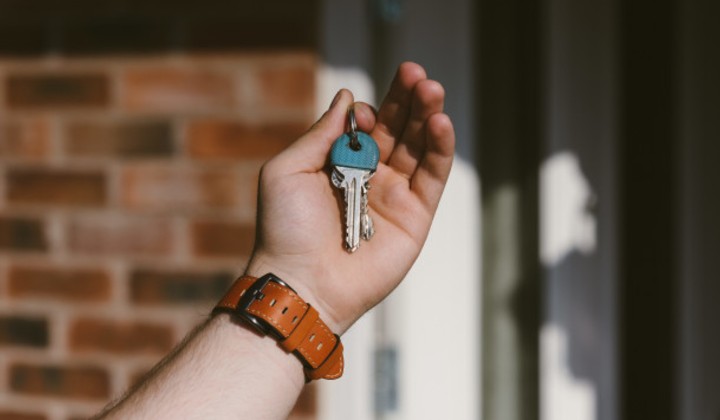 One major problem faced by many Malaysians, especially among the low-income earners is the unreasonable house prices.

For example, a terrace house in Taman Tun Dr. Ismail which was priced at RM400,000 in 1992 now costs almost RM2 million. This is an increase of almost 400 percent. However, the starting salary for civil servants during this period has experienced an increase of only 100 percent.

As a result, it is impossible for those with a monthly salary of less than RM5,000 to buy a house in an urban area. They have no choice but to stay in areas far from the city. Some are forced to commute a total distance of more than 100 kilometers per day.

In order to reduce the commuting costs, many have to ride motorcycles even though this is very dangerous. For example, in 2020, amid the Covid-19 pandemic, the country recorded 3,118 deaths involving motorcycle riders compared to 888 deaths involving car drivers.

Expensive house prices are forcing many young people to abandon any plan to own their home. Renting is their only choice in order to have some surplus income to pay for other expenditures such as children’s education, transportation, food, and utilities.

Many may wonder what is the root cause of the problem of unaffordable homes. Many may also think it is an outcome of the country having corrupt leaders who have been wasting the country’s resources.

To answer this question, let us examine the situation in a country that is free from corrupt politicians and leaders. One of those countries is Switzerland.

Swiss and Malaysians: Different but also the same

Homeownership data in Switzerland show that only 36 percent are actually homeowners. The rest are renters. In large cities, the situation is even worse. For example in the city of Basel, the homeownership rate is only 15.8 percent. That means almost 85 percent choose to stay in rented homes.

Further investigation shows that the main contributing factor is the very expensive house prices in Switzerland. For example, a small apartment with only one bedroom in the city of Zurich costs more than RM4 million, putting them beyond the reach of most ordinary people.

Therefore, just like in Malaysia, those who can afford to be homeowners are from among the rich only. Others can only afford to rent, which is also getting more expensive.

Since Switzerland is a corruption-free country, what is actually the main reason why houses are also expensive there? The answer lies in the nature of its financial system which is dependent on the banking industry.

To understand how the banking industry contributes to the situation of very expensive houses, we have to understand its basic feature which is its ability to create money from thin air. This happens whenever a bank lends money to its borrowers.

Contrary to popular beliefs, banks are not intermediaries between depositors and borrowers. As explained by the Bank of England in its 2014 Quarterly Bulletin (Q1) entitled Money creation in the modern economy:

… rather than banks lending out deposits that are placed with them, the act of lending creates deposits — the reverse of the sequence typically described in textbooks.

Money creation in the modern economy

It also explains that:

Commercial banks create money, in the form of bank deposits, by making new loans. When a bank makes a loan, for example to someone taking out a mortgage to buy a house, it does not typically do so by giving them thousands of pounds worth of banknotes. Instead, it credits their bank account with a bank deposit of the size of the mortgage. At that moment, new money is created. For this reason, some economists have referred to bank deposits as ‘fountain pen money’, created at the stroke of bankers’ pens when they approve loans.

Money creation in the modern economy

Of course, the banks also need to ensure is that all borrowers are able to pay back their loans in full (with interest or profit added of course). Otherwise, the bank assets will shrink. If there are too many non-performing loans, the banks will end up insolvent.

To enable people to continue to borrow money to buy houses, the banks will simply extend the payment period. That is why in Malaysia, the payment periods have increased from about 10 years in the 1970s to 30 or 40 years now.

In the case of Switzerland, the very expensive cost of houses has resulted in some loans being in perpetuity, where borrowers only need to pay monthly interest on the loans. In other words, house buyers will never own their homes completely but can continue to live in their houses so long as they continue to service their interest payments.

The bigger the banking sector, the worse the situation

The size of the banking sector relative to the size of the economy reflects the number of loans that have been given out. In the case of Switzerland, the average total banking assets in Switzerland as a proportion of GDP during the period between 1960 – 2016 was 142.09 percent compared to the world average in 2016 (based on 171 countries) of only 65.44 percent.

It should be noted that the Malaysian banking sector has also grown very fast. In 1960, total banking assets as a proportion of GDP in Malaysia were only 9.75 percent. The figure has increased to 158.92 percent in 2020.

Admittedly, this system where loans are easily given out because money is not physical and can easily be created at the stroke of a pen (actually now through a couple of taps at a computer keyboard) is capable of contributing to vigorous economic growth. But at the same time, the price of goods will always increase and the level of debt in society will also increase.

The housing sector is one of those sectors, typically constituting between 40% to 50% of total household debts in Malaysia of around RM1.2 trillion. It is thus not surprising that the price of houses in Malaysia is also very high.

At the same time, the property developers, which are also heavily indebted, will be pressured to make enough profit to help solve their debt problems and at the same time satisfy the expectations of their shareholders. That is why housing companies are more interested to build expensive luxury homes compared to affordable inexpensive homes. This way, the managers can earn higher salaries and bonuses.

In conclusion, the main cause of the problem of expensive house prices is the operation of the debt-based financial system, where the banking industry is the prime mover of the housing sector.

Therefore, as long as the system exists, the problem will never be solved. In fact, no government in the world can solve the problem of expensive houses under this system, regardless of whether they are led by clean or corrupt leaders.

The increasing trend among house buyers to prefer luxury homes and financing their purchases by bank financing for longer payment periods will only worsen the situation in the coming years. Unfortunately many are still unaware of this reality. This is reflected by the attitudes of most parents who continue to put pressure on their children to buy a house as soon as possible, even though their income may not be sufficient to service the loans

5 Haunted Properties That Could Be Worth Tons Of Money