Some Muslims claim to be the defenders of the religion, but does Islam need it? 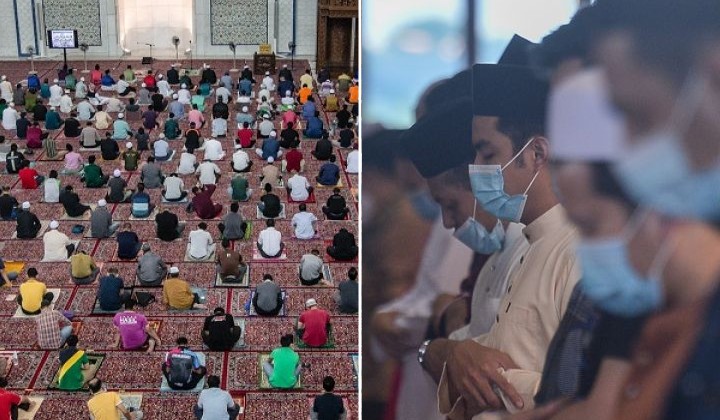 In a world where Muslim identity politics is on the rise, it is common to hear individuals and groups proclaiming themselves as Islam’s defenders. This phenomenon is not unique to Islam. Professor of Religion, Bruce B. Lawrence wrote on this modern phenomenon afflicting the Jewish, Christian, and Muslim faith almost three decades ago. He calls them the “defenders of God”.

A contemporary Muslim scholar, Professor Khaled Abou El Fadl attributed this phenomenon to a rise of what he termed as the “authoritarian” in his book, Speaking in God’s Name. There is a zeal among Muslims to see themselves as the “soldiers of God”. But Muslims are reminded in the Qur’an that “none can know the soldiers of God except God” (Q. 74:31) This verse, explains Professor Khaled, “is a magnificent negation of the authoritarian.”

Hence, it is important to critically unpack what it means when someone says that they want to defend Islam or protect the sanctity of Islam. A question naturally arises: if Islam is a divinely revealed religion, is God incapable of protecting His religion that He decreed to be a message that will prevail till the end of time?

The claim to be a “defender” of the Divine carries its own internal contradiction. It is simply absurd to think of a mortal human being standing in defense of the Almighty. In fact, many theologians would assert that it is blasphemous to think of God as a weak Being in need of His creatures’ protection.

What is meant truly when someone says that they want to protect the sanctity of Islam is this: “I want to protect my understanding of Islam”. It is this conflation of the self and the religion that is at the root of the desire to insert oneself into the grand script as “God/Islam’s defender”. In the mind, there is a cosmic drama unfolding between the forces of good (i.e. me/us) and the forces of evil (they/them).

The late Kyai Abdurrahman Wahid, leader of Nahdlatul Ulama, once said: “Tuhan tidak perlu dibela; Dia sudah maha segalanya. Belalah mereka yang diperlakukan tidak adil.” (God needs no defending; He is the Almighty. Defend those who are treated unjustly.) This simple but powerful statement is what we need in order to extricate ourselves from being at the centre of religion. As followers of a faith tradition called Islam, there is no need to see ourselves in this ego-driven desire of playing “God’s defender”. In the Qur’an, the Almighty says: “Indeed, it is We who sent down the Qur’an and indeed, We will be its guardian.” (Q. 15:9)

I think the need to “defend Islam” comes from a desire to defend one’s interpretation of Islam. By doing so, a person elevates his own understanding––along with all his mortal failings–– to the level of Absolute Truth. It is not wrong to call this the greatest sin in Islam, or shirk (idolatry). It is the sin of arrogating one’s own understanding to the level of the Absolute Truth, with a capital ‘T’; hence, laying claim to be like God.

The antidote to this problem is, therefore, three-fold:

First, one should adopt humility when encountering something that one is not familiar with. The posture is not to be defensive but to ask if there might be truths that we have yet to know or that our own understanding might not be fully complete. Humility opens the door to knowledge.

Second, is to acknowledge the internal diversity and dynamism of Islam as a faith tradition that is open and evolving as evidenced by the multiplicity of schools of thought and orientations from past to present. Differences should not fear us as it is the very ontological reality of God’s intended creation. “To each of you We prescribed a law and a method,” says the Qur’an, “Had Allah willed, He would have made you one [united in religion]…” (Q. 5:48). Our role, therefore, is to engage with our differences in a dialogical manner so as to surrender ourselves to the Ultimate Truth and not to worship our own selves as the embodiment of Truth.

Last but not least, when we recognise that our role is to pursue the Ultimate Truth, then it is no longer about defending our own version of the truth but to defend those who have been hurt and oppressed by those who would arrogate themselves to “playing God” on Earth. This is what Kyai Abdurrahman Wahid meant by defending those who are treated unjustly. It calls us to ask ourselves how, in our zeal to protect our own understanding of truth (small ‘t’), we have trampled on and oppressed other human beings, and even our natural world.

In our own posture when encountering something that is an affront to our own religious sensibility, it will be wise to hold ourselves in check by asking: did I miss something? The reaction should not be an immediate knee-jerk of “Islam is under attack”. Ask ourselves if this “Islam” is the ontological reality of Islam as a faith-inspired by the Divine Almighty or our own mortal version of Islam as how we had understood it? The distinction is key to our next reaction: to declare “I must defend Islam” or to ask questions as to what is happening really, which can lead to a proper diagnosis of a situation in order to resolve an issue and not simply react to an issue.

And in our attempt to resolve an issue, we ask if we have been complicit and if we have, in our own ways, been unjust and ignorant. We don’t need defenders. We need pilgrims who, in the metaphor of the Qur’an (25:63), would “walk gently (in humility)” and respond with Peace. We have enough problems with humans playing god. Let God be God. Our task is to be human.

Mohamed Imran Mohamed Taib is an independent writer and researcher, and an interfaith advocate in Singapore with the Centre for Interfaith Understanding. He is co-editor of Budi Kritik, a compilation of essays on issues affecting Malay society.