Why would anyone want to buy only a representation, known as an NFT or non-fungible token? 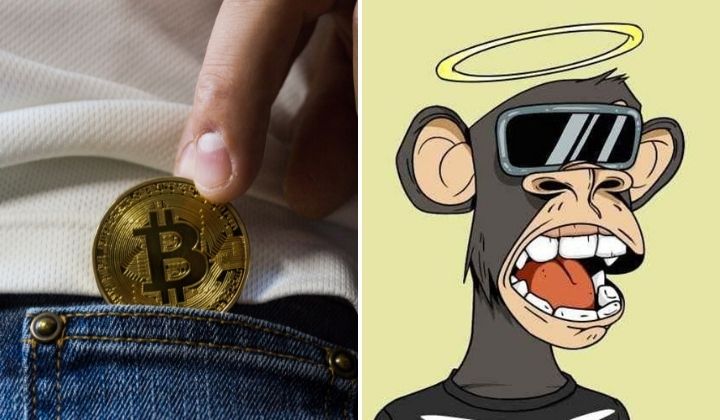 What’s really driving the craze about NFTs? I finally decided I needed to find out more about them.

What triggered this curiosity was an article in a respectable local business paper that proudly declared “The local NFT art market is ripe for the picking”. I did a double-take. What does that mean?

Until now, I had considered NFTs as a Silicon Valley fad, hyped by eye-catching headlines about people ‘buying’ digital images of trading cards, photos, ‘collectibles’, artwork, digital buildings, and in one case even a photo of a dustbin for millions of ‘dollars’ of newly minted cryptocurrency.

First question: why would anyone want to buy only a representation, known as an NFT or non-fungible token?

Sure, this token cannot be replicated because it is secured cryptographically but it is still not the real thing, only a JPEG or some other digital format.

And second, even if you did, why would someone pay so much for it? We can understand the painting of Mona Lisa being worth millions, but a photo of a dustbin?

All this began to make sense when I looked into some of the biggest purveyors of NFTs in cyberspace – OpenSea, SuperRare, Axie Infinity and a few others.

All kinds of things are on sale: mostly digital versions of…. anything!

It could be a photo of something in the real world like trading cards, art, simply hand-drawn pictures, or music and domain-names.

Others only exist in cyberspace like game characters, game collectibles and even whole virtual worlds to be used in game environments and soon to be pervasive metaverses.

Here’s the catch – you will need cryptocurrency to play.

If you are an early player in cryptocurrency, any type, you will now have millions and billions. Paying thousands or even millions for one of these NFTs is nothing to you.

And there are lots of them out there – over 150 different ones and counting. Every NFT market only accepts its own selected cryptocurrency.

This reminds me of the Monopoly Board Game usually played after Xmas lunch – where we can all be millionaires buying and selling property represented by coloured pieces of plastic, using paper ‘Monopoly Money’. Except the game ends when it is time for tea and the board is put away for another occasion.

In this new game of NFT, the ‘Monopoly Game’ goes online and million-dollar purchases are reported ad nauseam by mainstream media, which generates new interest in other ‘board games’ continuing elsewhere.

Some people might even be motivated to convert real money to ‘Monopoly Money’ so they can play – or to buy cryptographically secure representations of works of art.

So I now wonder who is it that is “ripe for the picking”.

ET Tan is passionate about tech since returning to Tanah Air from Silicon Valley. After spending 15 years leading teams to develop some of the cool tech there during the early days of the Internet, he has developed a sense of spotting fad from facts.