Several countries are still reeling from its effects to this day. 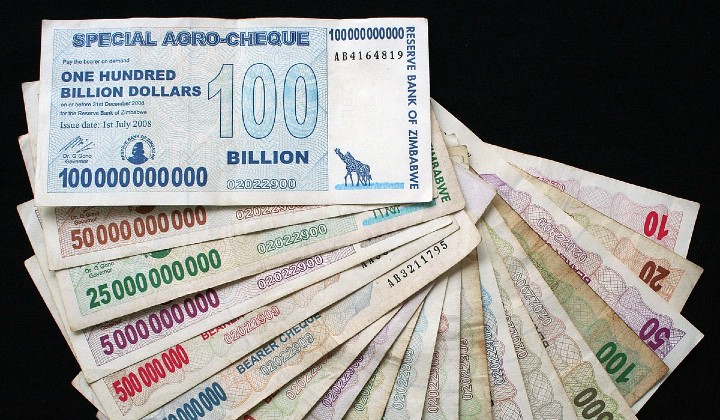 Inflation can complicate people’s lives, especially if there is a sharp rise. Not only will this cause many to suffer, but chaos and unrest may occur when basic necessities such as food and medicine are out of the reach of ordinary people.

Fortunately, the problem of inflation in Malaysia is not yet serious. The average rate in 2021 is 2.5% with the highest rate being in December 2021 at 3.2%. This figure, however, is a bit worrying because there is an increase when compared to the average for the period between 2011 to 2021 which is only 1.9 percent.

In some other countries, the problem of inflation is very serious. Examples are Sudan (194 percent), Zimbabwe (92 percent), Iran (39 percent), and Turkey (17 percent). If the authorities in those countries are not careful, the figures can get out of control.

Controlling inflation can be tricky when the monetary system uses fiat money because of the ability of the modern banking system to create currency out of thin air when lending money.

If the amount of currency created is too much, inflation will inevitably occur. This was not the case a few hundred years ago before fiat money is invented. During those days money was mostly in the form of precious metals such as gold or silver and so the amount could not be increased so easily.

An extreme example happened in Zimbabwe in the period between 2004 to 2008. The country experienced an inflation rate of 79,600,000,000 percent in the month of November 2008. At that level, prices of goods increased every few hours. The main cause was the action of Zimbabwe’s central bank to create a lot of money to help the Zimbabwean government solve its debt problem.

The situation was worsened by the fall in the country’s agricultural sector when many farms were confiscated from their original owners and subsequently run by parties who didn’t have the same level of knowledge and experience.

The drastic fall in the purchasing power of the currency eventually caused the people of Zimbabwe to abandon it in favor of various foreign currencies that were more stable in value, especially the US Dollar. Many Zimbabweans left the country in search of a better future, especially in South Africa.

Severe inflation can also occur when the central bank lowers interest rates since this will encourage loan growth, leading to an increase in demand for goods and services, which will result in the price of goods rising rapidly. The situation can worsen if many parties assume that the price of goods will continue to rise in the future and proceed to respond by buying those goods in large quantities. The practice of hoarding by some opportunistic parties can contribute to making things worse.

A situation of severe inflation is actually a form of injustice because of the resultant ‘theft’ of value monetary savings. In addition, for people who do not have the opportunity or capability to earn extra income to compensate for the reduction, such as the elderlies, their lives will be more miserable. Those who receive their income in the form of a fixed and unchanged monthly pension will also suffer as their pension purchasing power will fall.

Severe inflation is also normally be accompanied by the depreciation of the currency against other currencies, which will not only discourage potential investors but also encourage the withdrawal of investments by existing investors. It will also lead to an increase in the prices of imported goods. If many basic necessities such as food and petrol are imported, then many will suffer, especially the low-income group.

The overall economy may slow down which will reduce the government’s tax revenue. To continue to fund spending, the government may spend excessively using funds created by the central bank. This will unfortunately make the inflation situation worse. In other words, a vicious cycle may take place.

Many parties may urge the government to control prices to address inflation. In fact, such actions are actually very risky and may worsen the situation. The best example is in Venezuela which experienced hyperinflation at a rate of 65,000 percent per year in 2018.

The problem started when the government, led by the late Hugo Chavez implemented price control for food and medicines. Unfortunately, the mandated prices were too low, forcing many farmers to suffer losses. Many had to cease their operations, leading to a shortage of food in the country.

Initially, the Venezuelan government overcame the problem by using funds from its oil revenues to import food and medicine. Unfortunately in 2014, oil prices in international markets plummeted, causing a severe reduction in government revenues. Venezuela’s central bank responded by printing currency leading to hyperinflation in the country.

Venezuela had to borrow money from foreign financial institutions to import food and medicine leading to an increase in its external debt. In January 2019, Venezuela defaulted on its debts. With the economic downturn continuing, Venezuela is unlikely to be able to repay its debts in the near future. In the meantime, it is still grappling with hyperinflation with a rate of 2,700 percent in 2021.

In conclusion, the problem of inflation is inevitable in a debt-based financial system using fiat money, where currency can be easily created from thin air by the central bank, as well as by commercial banks when issuing loans.

If the central bank succumbs to pressure to create too much currency to finance government spending, or to lower interest rates to encourage loan growth in order to stimulate the economy, inflationary pressure is difficult to avoid.

Under the present system, only the wealthy, the financial elites, and political elites will continue to lead comfortable lives despite the rising prices of goods and services. Ordinary people, especially from the low-income group will suffer the most. Many will have to work two or even three jobs in order to make ends meet.

Prof. Mohd Nazari Ismail (Phd.) teaches at the Faculty of Business and Economics, University of Malaya.