The LCS are the crown jewel of RMN’s future fleet. Decked with cutting-edge multipurpose combat capabilities, LCS will replace the ageing Lekiu-class frigates and Kasturi-class corvettes. 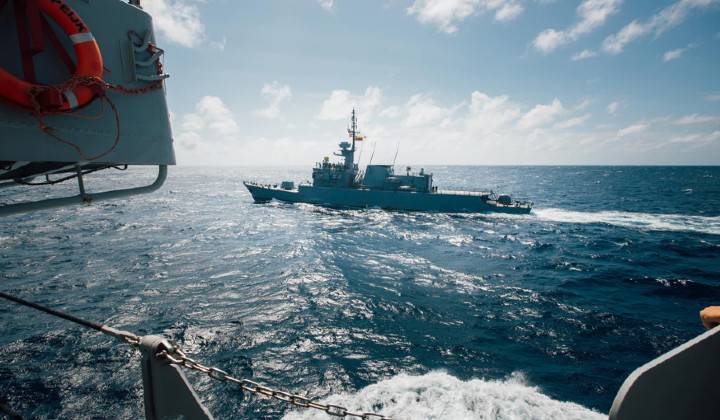 Last week, the Malaysian Anti-Corruption Commission (MACC) found fresh leads in its investigation of the littoral combat ships (LCS) project, leading to the arrest of three individuals. While it is too soon to determine what went wrong, there is little doubt about what needs to be done in the future.

To recap, the procurement contract for LCS was awarded to Boustead Naval Shipyard Sdn Bhd (BNS) in 2011. Despite a whopping payment of RM6 billion since then, none of the ships have been delivered on schedule. KD Maharaja Lela, the first of six ships ordered by the government, was scheduled for delivery in 2019, and yet, all there is to show now is an empty husk languishing in Lumut.

These developments are not surprising given that Malaysia’s defence procurements have consistently been plagued by controversies, delayed deliveries, and ballooning costs. In the maritime sphere, a perfect example would be the procurement of Kedah-class offshore patrol vessels (OPV), a project which was ironically rescued by BNS’ parent company, Boustead Heavy Industries Corporation (BHIC).

Malaysia can no longer waste any more time. Unlike the Kedah-class OPV project, the LCS delays come at a time of great geopolitical uncertainty. If events in Ukraine have shown us anything, it is that Pax Americana – a period of relative peace and stability underpinned by American hegemony – is in decline. And going by past experience, there is a strong likelihood the transitional period after the US’ relative decline will bring about great instability and a considerable risk of conflict.

It doesn’t help that Malaysia’s proximity to the South China Sea makes us even more vulnerable to geopolitical entanglements if there is an escalation between the rising dragon known as the People’s Republic of China and American-aligned forces.

However, Malaysia is not a country bereft of well-considered policies and this is exemplified by the 15-to-5 Fleet Transformation Programme, a procurement plan underpinned by anticipative action at an optimal cost. The plan, spanning across seven Malaysia Plans between 2016 to 2050, seeks to transform the Royal Malaysian Navy armada into a needs-based force with enhanced naval capabilities. Once completed, operating costs will be reduced, ship days at sea will increase by 40% (from the current 5,000 days to 7,000 days) and Malaysians will be able to enjoy invaluable social, economic and security dividends.

The LCS are the crown jewel of RMN’s future fleet. Decked with cutting-edge multipurpose combat capabilities, LCS will replace the ageing Lekiu-class frigates and Kasturi-class corvettes. To have the project in limbo, as it currently is, is an unforgivable aberration.

Thus, in line with the project’s importance to national interests, a whole-of-government approach must be adopted through the establishment of a monitoring committee consisting of representatives from the RMN and the defence ministry, as well as the MACC, the finance ministry and the national audit department.

Another common problem for these projects is cash flow. In response, the government must adopt measures to ensure that payments are progress-based and that all vendor-related transactions align with the agreed timeline.

Most importantly though, Malaysia must eliminate the middleman. It is true that when it comes to the military-industrial complex, secrecy is a priority. However, citing “national security” as a convenient excuse for excessive secrecy can lead to leakages. This can no longer be tolerated as taxpayers deserve transparency, accountability, and a fair deal.

With RM1 billion of the total disbursed sum of RM6 billion for the LCS project unaccounted for, Malaysia is at a crossroads. If we do not stop these leakages, perhaps the only “future fleet” we should be talking about is an armada of self-funding fishing vessels.

A Hashim is a retired shipping engineer.