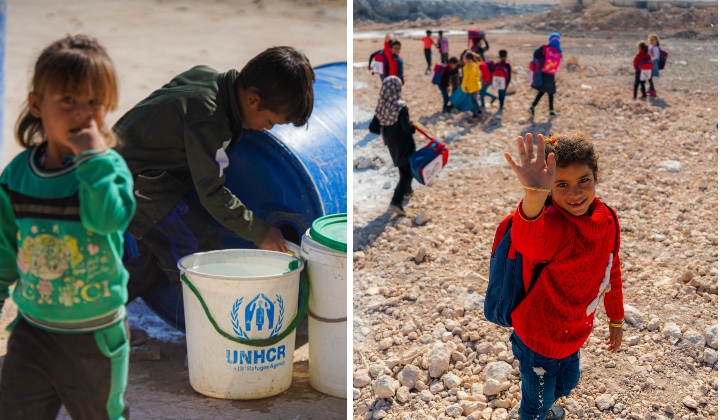 Malaysia is a small country and yet it can play an important role in today’s international response to conflicts.

There are overwhelming needs for humanitarian aid across the world, and yet the resources are limited.

The United Nations have been at the heart of all major conflicts – mass destruction and mass displacement in densely populated areas – for over half a century.

And yet, questions arise today about its relevance in addressing emerging and new challenges in a broadening humanitarian agenda.

What are those challenges?

Look at the prolonged nature of some of the never-ending conflicts such as Afghanistan, Kashmir, Palestine, Sudan, Yemen and Xinjiang (East Turkestan).

These prolonged conflicts resulted in the destruction of infrastructure, which in turn affected the ability of public authorities to deliver basic services.

People in these places are denied access to health, education, nutrition, water and law and order.

They continue to face poverty, intercommunal conflict, crime, corruption, injustice and a fragile state of society.

The world is in need of pragmatic solutions inspired by humanitarian actions and principles, – which were first and foremost developed to respond to a temporary crisis –  to overcome such obstacles.

What started as the Syrian crisis in 2011, is today a regional breakdown of systems, water, sanitation, health and education – with global and long-term effects.

We are thus confronted today with a transforming vulnerability of populations and needs beyond the traditional scope of humanitarian actions.

We see children displaced in masses and in need of educational facilities and programs as a core expectation to humanitarian actors.

We see massive trauma of displaced populations, needing more than just food, water and medicine as a response.

What a tiny southeast Asian nation can teach about world peace

We may be a small country, but with humanitarian diplomacy, we can certainly punch above our weight.

The recent election of Malaysia to the United Nations (UN) Human Rights Council (HRC) is evidence that our concept of humanitarian diplomacy is accepted by the world.

The world trusts and recognizes the importance of Malaysia’s voice and role in the global stage, especially when it came to global security and peace issues.

For years, there have been strong visibility and public understanding of activities by Malaysian non-governmental organizations (NGOs).

Serving others has been a virtue of Malaysia since the dawn of the nation, and these NGOs, being non-state actors, have been able to serve neutrality, impartiality and independence.

It’s by our love for others that the world has known us. Indeed, being a blessed and prosperous country, how can we expect we’ll do anything less?

We live in such an individualistic society, it’s easy to get caught up in our own thing most of the time and don’t even notice our neighbors, near or far.

Today, we see an increasing number of activities by NGOs which fall under the category of humanitarian action today.

In response to these challenges, NGOs have mobilized their energy to meet not only the immediate consequences of these conflicts but also to deal with their causes and prevent a resurgence in a coherent manner.

There is a growing tension between the international efforts, aiming at finding political solutions to ongoing crises on the one hand and offering life-saving support to the most vulnerable populations with impartiality and neutrality.

While the two objectives can be combined in practice, there are situations such as Syria, where providing life-saving assistance to an affected population has been subjugated to political manoeuvrings of various parties.

Over the years, we have witnessed in Syria, how the impossibility to address the political causes of the conflict have brought the UN and regional mediators to negotiate humanitarian access to besieged areas, against larger political agendas.

This is the reason why Malaysian NGOs in Syria, Afghanistan, Lebanon and elsewhere, is tirelessly offering credible alternatives to such situation, and which are compatible with fundamental humanitarian principles and implementable in practice.

The choice is ours

The fate of not only of the millions now in suffering but of unborn millions to come, of human decency, is in our hands.

We can’t accomplish a thing of any worth until we cure ourselves of self-centeredness and end these pestilential conflicts.

And we alone may lighten their burdens, or render it intolerable. As we choose.

Blood’s been spilt and tears’ been shed to afford us this moment now.

We fondly hope and fervently pray, that this mighty scourge of wars and conflicts may speedily pass away.

Ultimately, we hope to achieve and cherish a just and lasting peace among all nations.

Datuk Ahmad Azam has spent the last 30 years of his life in some of the most difficult environments in the world.

He comes from a seasoned humanitarian career of preserving the life and dignity of all those affected by armed conflicts, without any distinction towards race and religion.

He is Commissioner to the Independent Permanent Human Rights Commission (IPHRC) of the Organisation of Islamic Cooperation (OIC) and Foreign Ministry’s (Wisma Putra) special advisor on Afghanistan.