“What we need is a national reset, a holistic overhaul of our democracy, institutions and socio-economy.” 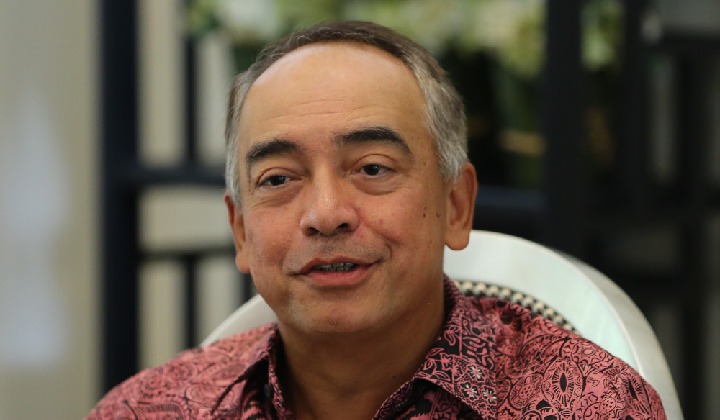 In the next few days Malaysia will see the swearing in of its 9th Prime Minister and a few days or maybe weeks later a whole new cabinet of ministers will be sworn-in too.

They will have a good honeymoon because during this period the pandemic will subside; it has to, given our world-beating rate of vaccinations and the number of people already infected.

Then the new government will start facing up to business as usual of governing Malaysia. Will they prove materially different to past governments? Or will they be substantially just as frustrating for the rakyat?

If so, Malaysians will turn to GE15 and hope that it will bring us the good government we desperately need.

We are in a system where no one party or coalition has a comfortable majority to govern properly.

Where deals are being cut not by trading policies but durians (apparently the codeword for cash) and positions.

Where the PM is so powerful, he (so far only he) can use the enforcement powers to his advantage.

Where good people go into politics and turn bad in order to stay in the game. Where reforms are racially labelled so as to stop them in their tracks.

Where we don’t have an economy but only a “political economy”; every business seems to rely on the government for licenses, permits, contracts, regulations or ownership rules or for Government companies to give way.

Where our best talents want to work overseas, yet we all know that in the 4th Industrial revolution it is entrepreneurship and innovation that drives success.

Where our social safety net has been found so wanting by the pandemic.

What we need is a national reset, a holistic overhaul of our democracy, institutions and socio-economy. This would not be the first time.

We did it after 13th May 1969 when the Westminster system we inherited crashed in GE3. Our leaders realised that the system the British recommended didn’t work for our multicultural society and unique history and configurations.

A National Consultative Council (NCC) of 67 individual thinkers, experts and communal leaders debated and made inter-communal trade-offs to arrive at a new system, a Malaysia 2.0.

The New Economic Policy, new sedition laws, Rukun Negara and government by a grand coalition (Barisan Nasional) was a national reset with a view to bring political stability and accelerate the economic foundations for social integration.

The authors of the reset believed that the system would work but they knew that it could not last forever; it would have to be improved, there might even need to be another reset. They even set a 20-year time limit in case of the NEP.Failed

Time For A Change Again

In 1990 the NEP was renamed but extended and the rest of the system continued substantially the same. The longer it went on the more the negative side effects overwhelmed the good it was doing.

Indeed, the system even built its own immunity to change: PM’s Badawi, Najib and Mahathir 2.0 all promised substantial reforms at the start, but all largely failed to overcome vested interest and a parliamentary system of elected representatives more in tune with the wishes of their party whips and winning the next election.

We are not alone in being frustrated by politics and politicians.

In an era where electorates the world over are increasingly turned off by representative democracy, many are turning to forms of “deliberative democracy” where new platforms for debate by citizens themselves, intellectuals and communal leaders are set up to address long-term systemic issues that can’t be handled by parliaments of politicians.

These platforms then arrive at recommendations that are tabled to the parliament and/or a referendum by the people.

There are now many successful examples for deliberative platforms like Ireland’s Citizens’ Assembly that finally resolved the contentious abortion issue amongst others, and Observatorio de la Cuidad in Madrid and Ostbelgien in east Belgium which are permanent citizens’ assemblies.

In many ways our NOC was ahead of its time so we can proudly look back to our past innovativeness to find a better path to the future.

Times have changed and we should not replicate exactly what we did in 1970 when everything was driven by Tun Razak as head of the National Operations Council.

Today we would need to have a much more consultative, inclusive and less elitist process. And we should build the agenda into the name of the council- let’s call it the “Better Malaysia Assembly” (BMA).

To underline its importance and mandate it should be set up under the auspices of the Rulers’ Council with the instruction that its recommendations should be submitted to parliament and/or a referendum.

The composition of the assembly should be subject to a process, with individuals nominated by parliament, the executive and civil society. Ideally every Malaysian will be able look to one or more of the members as someone they can trust and believe in.

Then the final list should be agreed to by the leaders of government and of the opposition; any disagreements should be resolved by the Rulers’ Council with finality.

How It Can Help

Based on these definitions and time-frames, reforms to institutions, legislation and policies would then be crafted touching on the electoral system, political funding, eradicating corruption, federal-state relationship, role of government in the economy and so on.

Don’t Wait Until It Gets Worse

When I was researching the subject of national resets at the Blavatnik School of Government at Oxford in 2019, I was often told that resets really only happen when there is a severe crisis.

I was adamant that we shouldn’t wait for one because the cost of prolonging a bad system is so high: Malaysia is not a failed state, but it is a nation in decline.

When I got back, I teamed up with Dr Anis Yusal of Universiti Kebangsaan, to interview over 200 people from across Malaysian society on what ails the nation and also concluded that we need a national reset.

Ironically, soon after we finished our work, Malaysia became mired in an almighty pandemic that certainly cost many more lives than May 13th. We have a severe crisis that has exposed deep flaws in our system.

We have had 3 different PM’s and governments in less than 3 years, will a fourth one be better? Maybe, but will a new PM be enough to change this nation’s worrying trajectory, driven by its flawed system? I fear not.

That is why I am proposing, that in addition to appointing a new PM and cabinet, the HM the Agong and the Rulers’ Council initiates setting up the BMA to begin the process of a national reset: Malaysians deserve, and can have, a Better Malaysia.

Datuk Seri Mohamed Nazir Abdul Razak was Chairman of CIMB Group, one of the largest financial services providers in Malaysia and ASEAN.