What lessons can we learn from a country whose currency fell by 90% in just two years? 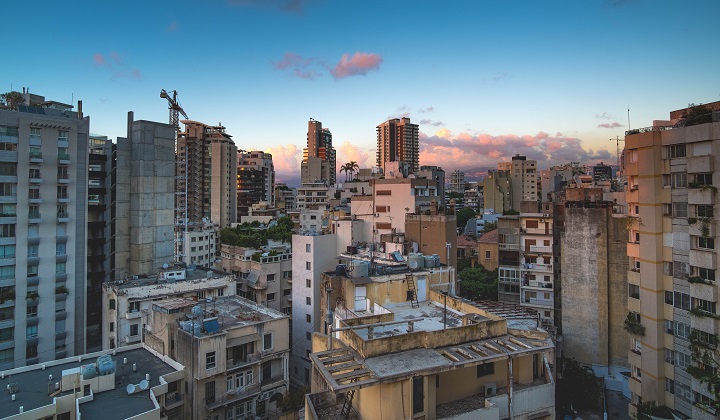 In Malaysia and most other countries today, most people are still concerned about being infected by Covid. However, for many Lebanese, Covid is a small matter.

In Lebanon many of its citizens are more worried about whether their families will have food on the table in the coming days. This is because the Lebanese economy is in complete shambles and many are without jobs or income.

The country’s currency fell sharply beginning in 2019. The official value of foreign exchange was 1,507 Lebanese pounds for 1 USD, but on the black market the value was way lower. It was 10,000 pounds for 1 USD in early March and since then it has fallen further to 15,000 pounds. This means its value has fallen by 90 percent since early 2019.

One of the reasons for the depreciation of its currency was the action of the Lebanese central bank to print a lot of money to settle its obligations to commercial banks. The reason for this obligation will be explained later. In any case, the result is a severe inflation problem.

The problem of inflation is also a result of rising import due to the depreciation of the Lebanese currency, especially in the food sector since 80 percent of the country’s food requirement are imported.

Among ordinary people and especially the poor, their income is not enough to buy enough food for the family. That is if they are lucky enough to have a steady income.

One report stated that out of a total workforce of 1.8 million, 550,000 people or about a third are unemployed and do not have steady income. This figure is predicted to continue to rise in the coming months or even years.

The Lebanese government is now unable to help the people because it is itself burdened with a huge external debt of almost USD36 billion at the end of 2020.

In March 2020, international financial firms refused to provide any more loans to Lebanon. As a result, the Lebanese government defaulted on part of its debt due at that time in the form of Eurobonds totaling USD1.2 billion.

To overcome its problems, the Lebanese government applied for assistance from the International Monetary Fund (IMF). However, the IMF is reluctant to provide assistance because it feels that the Lebanese banking sector is not transparent and are also reluctant to carry out the necessary reforms.

In any case, IMF assistance will not necessarily solve the country’s economic problem because the conditions imposed are usually very strict.

Among others, the Lebanese government will be asked by the IMF to increase tax revenues and reduce government spending, including eliminating subsidies. This will likely result in more hardships to the people of Lebanon.

But how did Lebanon end up in this situation?

A major factor contributing to the problem is the greediness of the country’s banking industry that has no interest to protect the welfare of its society in the long run.

Starting in 2016, the Lebanese banking industry had offered a very high US Dollar deposit rate of around 14 percent to attract Dollar depositors. The rates offered for deposits in Lebanese currency were also very high compared to other countries.

This was made possible through a form of “financial engineering” by the central bank which created lots of Lebanese currency to enable it to pay interests on the Dollar reserves of the commercial banks kept at the central bank.

This arrangement increased the amount of Dollar reserves at the Central Bank of Lebanon. But what many don’t realize is that the Lebanese Central Bank also has a high liability to the commercial banks.

At the same time, the banking industry in Lebanon was lending in huge amounts to the Lebanese government to finance various projects.

The Lebanese banking industry could not be bothered with the possible adverse effects on society as a result of the government’s high debt to them and the dangerous implications if the government fails to honor the debts.

The other two main causes of the Lebanese problem are the political system which has elements of rampant corruptions and nepotism, as well as the strong tendency on the part of the Lebanese government to go into debt.

The elements of corruption and abuse of power stem from the society’s attitude of tolerating such practices, as well as the sectarian nature of the Lebanese political environment.

The Lebanese society is split into several groups along religious and cultural lines, and they compete viciously with each other for influence and power.

In their bid to gain support and popularity, Lebanese political leaders from all the above groups tend to engage in corrupt practices and nepotism.

When any of them are in power, they will use government funds to spend on unnecessary projects. The funds, which are actually borrowed money from commercial banks, will be channeled by the political leaders to their respective supporters to strengthen their political positions.

That is the main reason why the Lebanese government is saddled with huge debts. In the list of the most indebted governments, Lebanon is in third place with a debt to GDP figure of 152 percent.

In the past, the Lebanese economy was sustained by foreign currency inflows, mostly in US Dollars, supplied by Lebanese citizens working abroad. However, the resource has dropped sharply from 25 per cent of GDP in 2008 to only 14 per cent in 2019.

The future of the Lebanese economy is actually very worrying. The misery faced by its people is likely to continue for a long period of time as the main factors discussed above are not easy to resolve as they are related to the social and political problems of the society.

The banking industry is also reluctant to make changes because it will be to their detriment.

It is hoped that the economic problems will not be the cause of violent sectarian conflicts between warring factions as was the case in the 1980s which claimed thousands of lives.

What is more important for us is to learn from the serious problems that Lebanon is facing.

How are we going to make sure the same problems will not surface in this country?

The first lesson is that an expanding banking industry is dangerous to society in the long run, especially if the owners and managers involved are very greedy for profit thereby very fond of giving huge amount of debts to the government and the private sector. We must always be aware that bankers are more concerned with profit for themselves than with the fate of society and the country in the long run.

The second lesson is that corruption and nepotism cannot be allowed to prevail. While competition between politicians and between political parties is inevitable in a parliamentary democracy, it must be healthy competition and not through abuse of power and nepotism. The people must be wise not to be manipulated by leaders who will try to play on tribal sentiments and racial sentiments, when in fact they and their cronies are actively enriching themselves.

Third, society should strive to ensure that government funds are not wasted on unnecessary projects, especially if the main purpose is to gain political support. The principles of transparency and accountability must be strengthened in the government financial system. Otherwise the government will continue to spend beyond its means, and the financial industry will continue to lend money without regard to the long term welfare of society.

The question we have to ask ourselves is do we want the same thing to occur in our country too?

Professor Mohd Nazari Ismail is in Universiti Malaya’s Department of Business Strategy and Policy in the Faculty of Business and Accountancy. His profile and email address can be found at UMExpert.