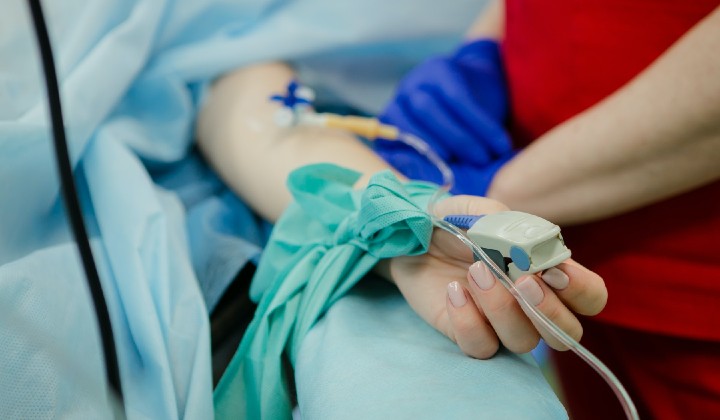 Last December, I started feeling unwell while preparing for an exam. This illness was sudden, and was unlike anything I had ever experienced. By day three, I had a fever, joint aches and was feeling very weak. I soon developed a dry cough and breathing difficulties, which worried me as I had pre-existing asthma.

Despite all this, I decided to tough it out until my exams were over.

A few days later, I went to a clinic and was asked to take a RTK Antibody test. To be honest, I had been taking my illness lightly without any suspicion that something serious was going on. I was young and healthy, I stayed home as much as possible – and on the rare occasion when I left the house for groceries, I always had a mask on. My asthma was also well-controlled and I had even run marathons in the past.

So it came as a complete surprise when I received a call telling me that I had tested positive for Covid-19 antibodies.

My family panicked when I told them the news. We all had to take RTK Antibody tests which returned positive. Thankfully, my mother and sister were asymptomatic, but my father had started to show some mild symptoms.

The clinic called us to inform us to quarantine at home until we received further instructions.

I didn’t have the luxury to wait for further instructions; that night, my condition deteriorated rapidly and I was soon gasping for air.

My father frantically drove me to Hospital Sungai Buloh, where I was immediately referred to the Covid-19 triage area. My asthma had been exacerbated by the infection, so I was admitted to the High Dependency Unit.

Through the thick, transparent sheets separating my bed from the others, I could faintly make out glimpses of the other patients – some were too weak to make a sound, and others couldn’t seem to stop coughing. I even spotted a patient handcuffed to his bed – had he been referred as a prisoner?

I was put on oxygen and given intravenous steroids, then the medical personnel carried out some investigations. The ward was calm despite the dire situation the patients were in, yet everyone took their job seriously. Donning full PPE, they made sure to sanitise everything that had been touched. I just sat in bed, alternating between staring at the clock and the staff, as I persevered through the scariest time of my life.

I couldn’t bear to close my eyes; when I did, I felt death knocking at my door.

It was the first time that I had felt so weak and breathless despite living with asthma for years. They say that ‘your life flashes before your eyes when you are about to die’ – and true enough, I started reflecting on my life during that time. No medicine can cure a Covid-19 infection. I could only rely on my spirit and body to fight the illness.

About 24 hours later, I was stable enough to be transferred to a general Covid-19 ward. I finally managed to sleep after being semi-conscious for more than a day. My body was somehow both shivering and sweating, and I was too weak to walk. I noticed myself to be the youngest person in this new ward – everyone around me was above 40 years old and had comorbidities.

We were too frail to make conversation, so we mostly sat in silence. I could only stomach small portions of food as I had no sense of taste and smell, nor appetite.

My condition stabilised after three days in the ward as I only required my inhaler every four hours. I no longer shivered and sweat profusely, I was definitely more energised. I was transferred to the low-risk treatment centre at the nearby National Leprosy Centre.

The staff rarely came into the ward, communicating with us from another room through a telephone. I actually had the ‘privilege’ of being located right next to the telephone, and I overheard snippets of conversations between the patients and staff, ranging from arguments about our living conditions to the arrival of Grabfood deliveries!

The environment here was definitely more cheerful, with people as young as school-aged children milling about. I tried to make conversation but was still too weak to talk, so I kept to myself for most of the time. I ended up staying in the centre for about a week, where I recovered my appetite and could later breathe and talk easily. Soon enough, I was discharged.

I have now completely recovered from the illness, but I am still wary of overexerting myself.

I have utmost respect for our frontliners, as they have been nothing but focused and detail-oriented in their work despite the challenges they face. I even saw the staff clean up after a patient who had soiled himself on the bed!

This is why it irks me when many prominent voices downplay the severity of Covid-19 or say that a vaccine is not important. I started a Twitter thread to spread awareness on what critical Covid-19 patients like myself face, in response to the lackadaisical attitude of many Malaysians. What I want to emphasise the most is this: Being healthy and leading a good lifestyle doesn’t mean you’ll be safe from the virus.

Fahmi was interviewed by Jerry Tan for this piece. Jerry is an intercalating medical student at Newcastle University with a keen interest in mental health and medical research.

This publication is in conjunction with Malaysian Medics International (MMI)’S MMI Covid Taskforce Project. MMI is an international medical student-led organisation that aims to connect, educate, and cultivate. With a global network of more than 200 leaders from seven countries around the world, MMI is an active advocate for inclusivity and diversity, reform in medical education, and the welfare of junior doctors and medical students. Information regarding the project can be found at @mmi_social on Instagram.