Is this Checkmate or a desperate All-in? 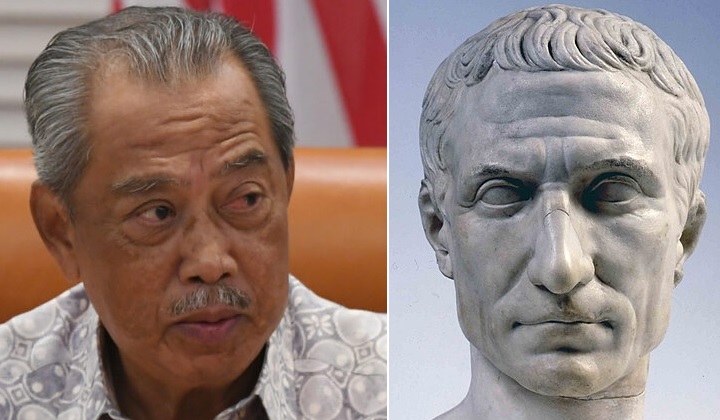 When their enemies were at the gates, the Romans would suspend democracy and appoint one man to protect the city. It wasn’t considered an honor, it was considered a public service.

In Christopher Nolan’s 2008 movie, the character played by Aaron Eckhart explains that in dire circumstances, some things are far more important than debate and democracy.

That itself is debatable and would definitely be debated by Malaysia’s political Opposition as is their duty.

But for Prime Minister Tan Sri Muhyiddin Yassin, a State of Emergency might be the first time he can stretch his wings and fly unshackled since gaining the position in February.

Remember that from Day One, Muhyiddin was under pressure from not just the Opposition, but also his own allies in UMNO to the point that he did not even elect a Deputy Prime Minister.

Instead, Muhyiddin had to appoint an unusually large Cabinet, some “Vice Prime Ministers”, and give posts in government-linked companies to almost every Memeber of Parliament (MP) on his side of the aisle.

Despite all that, it’s an open secret that he’s had a razor thin majority even before Opposition leader Datuk Seri Anwar Ibrahim claimed to have “strong, formidable and convincing” support in Parliament.

We then saw claims that it was UMNO MPs, including party president Datuk Seri Ahmad Zahid Hamidi, who were among those supporting Anwar followed by UMNO saying they wanted to renegotiate the terms of their involvement in Muhyiddin’s government.

In light of all that, a State of Emergency seems like either one move away from a Checkmate by Muhyiddin or it could be an All-In by a politician being backed into a corner.

If a State of Emergency is declared, Muhyiddin could take any action to fight the Covid-19 pandemic.

It’s not an original move

According to the Centre For Civil and Political Rights, 62 other countries have already declared States of Emergency in order to fight the pandemic, but it’s not very democratic or popular to do so and generally harms the economy.

However if Muhyiddin uses his new powers to fight the pandemic convincingly, he would be a hero who the other parties and politicians can rally around. He could then call for elections at any time and win.

But if he does badly, appears to fail, tanks the economy too much, or just has a bit of bad luck, then he faces at best a political lynching and at worse… well, the world has seen protest after protest recently, as close as Thailand and Indonesia.

And all that is with the mindset that he’s doing it mostly for the good of the country but history and the Christopher Nolan both point out that isn’t always the case.

Harvey, the last man who they appointed to protect the Republic was named Caesar and he never gave up his power.

But if it will work here, if Muhyiddin is the right man for the job, if the power doesn’t corrupt him, and if it does how will it all turn out?