She merely showed the world the ugly truth. 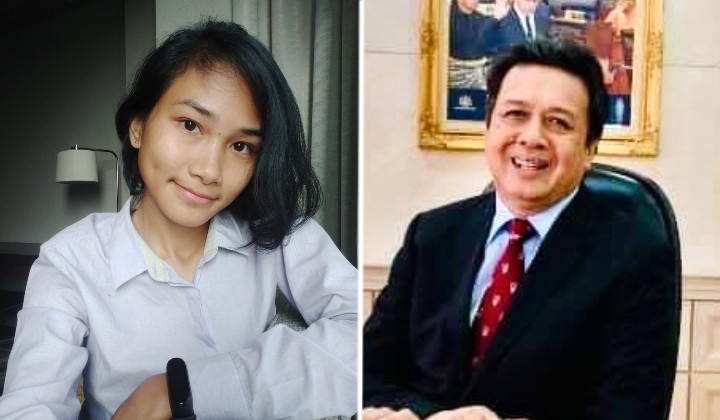 Subscribe to our new Telegram channel for the latest updates on stories and other issues.

No one could have really expected the accusations hurled at Veveonah by Communications and Multimedia Deputy Minister Datuk Zahidi Zainul Abidin, who claimed she was making up the whole story for YouTube fame and that she didn’t have any exams in the first place.

His accusations caused Veveonah to show proof of her exam schedule and subsequently quit social media, stating that the negative comments were “too much”.

Later on, he issued a public apology and pointed out that he had received his misinformation from Kudat member of Parliament Datuk Abdul Rahim Bakri.

Unlike the Deputy Minister, Abdul Rahim did not apologise, instead insisting that Veveonah was lying. He claimed that a local village chief alleged that Veveonah did not live in a rural Pitas Village and that an unnamed dean of Universiti Malaysia Sabah denied the existence of online exams.

Why did Abdul Rahim decide to put his unwavering faith in two allegations from unnamed sources is a mystery on its own, but he has chosen this as his hill to die on with a (now-deleted) Facebook post.

In the post, he recounts how the unnamed dean claims that there has been no online exams executed at the moment and how students have been advised not to stay in kampungs due to unstable internet.

The rambling Facebook post continues to, inexplicably, defend the constituency’s lack of internet connectivity, lament the lack of infrastructure left by the British since 1963, and end on a baffling note stating that “Rome was not built in a day”.

By now, it is pretty obvious Veveonah is no longer the focal point of this story. Veveonah merely showed the world what Kudat MP Abdul Rahim is ashamed of: that his constituency is sorely lacking in proper facilities, digital access, and internet connectivity.

When Veveonah had to climb a tree to get a modicum of internet access to take an online exam for her studies, it laid bare the hardships and absolute lack of access those living in Abdul Rahim’s district.

Whatever mental gymnastics Abdul Rahim had performed to insist that he’s right to the outrage of Malaysians everywhere, the fact of the matter is that this stubborness and absolute refusal to do any sort of fact-checking has resulted in, as what a few other MPs have pointed out, two grown men holding ministerial positions in Parliament cyberbullying a young girl into quitting her passions and slandering her good name.

Instead of focusing on improving the living conditions for the rakyat, the actions of the said MPs seem to be more focused on proving that they are right.

Yet, we have to also acknowledge that there is a silver lining in the recent days’ drama – that a young university student like Veveonah, part of the golongan belia of our country, has acted with more grace than two MPs. Goes to prove that the future of our country is still in good hands – the hands of the nation’s youths.