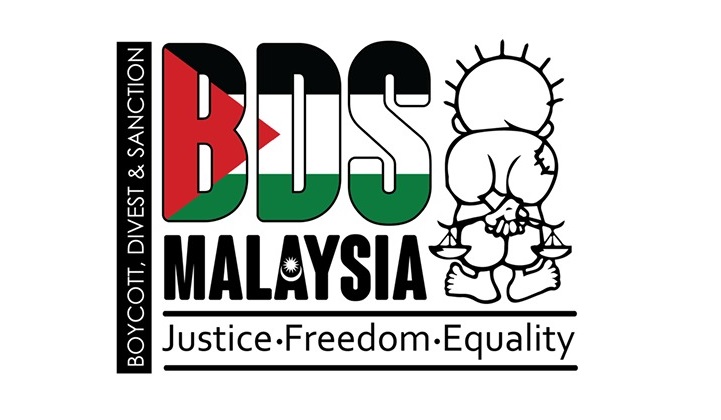 Sometime in July of 2020, the Israeli government under the leadership of Prime Minister Benjamin Netanyahu plans to annex approximately 30 percent of the occupied Palestinian territory of the West Bank. This plan is being condemned by almost all countries in the world and by many Jewish groups including 400 Jewish Studies scholars in US universities. The latest to condemn it is Michelle Bachelet, the United Nations High Commissioner for Human Rights who tellingly said:
“Annexation is illegal. Period. Any annexation. Whether it is 30% of the West Bank, or five percent”.

Some people may wonder why Israel is being so intransigent. However, for those who follow the history of Zionism and notice the willingness of the Zionists to engage in violent ethnic cleansing activities to form the state of Israel, the plan by the current Israeli government is not surprising. In fact, it was always an integral part of the original objectives of the Zionists. To them, Israel as a Zionist project will not be successful without the entire West Bank (which they named Judea and Samaria) coming under their full control.

Those who have studied the actions of successive Israeli government over the years will know that the effort to seize the entire West Bank is just one phase of the entire project. An example is how Israel agreed to the 1993 Oslo peace accords and subsequently built more Jewish settlements in the West Bank, actions which are in direct contradictions to the agreement. It is as if the accords do not exist.

The Zionist project received a new injection of energy when President Donald Trump announced the recent ‘Deal of The Century’ plan. Under the plan, Israel will be granted full control of 30 percent of the West Bank, including the Jordan Valley, as the price to be paid by the Palestinians to establish their own state. It should be noted that the Palestinian state offered is absurd and insulting, as it is composed of non-contiguous areas which are then linked to the Gaza Strip via a tunnel. Even that offer is subject to strict conditions that must be fulfilled in the next four years.

Trump’s plan is without a doubt very detrimental to Palestinian interests, but very profitable to Israel. It is no wonder then that President Trump, who is now extremely unpopular among the people of the United States, is rather popular among Israelis, with more than 70% of them admiring him.

Some people may feel that peace between Palestine and Israel may occur if both parties are serious to achieve it. But anyone who understands the nature of the Zionist project and knows the history of how Palestinians have lost their country and their right to self-determination over the years will also know that Israel is not really interested in peace. What they really want in the future is to fully control all of the West Bank including the Jordan Valley. They also want to keep the Palestinians in a state of weakness and thus unable to thwart their plans.

These plans are not new. They are just becoming clearer as the right-wing faction in Israel has been more influential in Israeli politics since the late 70s and as such their voices are now louder. An example is Israel’s `Basic Law’ which was passed by the Knesset in 2018. The law mandates that the “state views Jewish settlement as a national value and will labour to encourage and promote its establishment and development”. This law is supported by Israeli citizens regardless of whether they are religious or secular. They only disagree on the best time for Israel to formally seize Palestinian lands in the West Bank.

With the announcement of the ‘Deal of the Century’ by Trump, the long-awaited time for the Zionists has come. Israel now feels it is safe to formally seize the West Bank territory. They are confident that the Trump administration, which has recognized Israel’s sovereignty over the whole of Jerusalem and the Golan Heights, will now also be prepared to support the annexation.

For Netanyahu, the annexation is very important to him personally. This is because he will be the most successful Israeli leader in the efforts to create `Greater Israel ‘. At the same time, this success may help him overcome the legal problems he is currently facing in an Israeli court where he has been charged with abuse of power and corruption.

Unfortunately, the international community is not willing to do more than just condemn the planned annexation of Palestinian lands. Furthermore, some Arab countries, especially the UAE, are inclined to cooperate with Israel and showing signs of being interested to normalize relations with Israel. They feel that Israel and the United States will assist their governments in facing threats from Iran as well as internal threats from popular pro-democracy groups such as the Muslim Brotherhood.

In this month of July, Netanyahu will likely present his government’s plan to annex the Palestinian territory to the Israeli Knesset for approval. The US government under Trump’s leadership is expected to recognize the decision of the Knesset, regardless of whether major Palestinian groups such as the PA or Hamas agree or not with the decision.

The ominous warning by the UN High Commissioner for Human Rights bears repeating. Annexation is illegal. The implications to international law and order are profound if Israel is allowed to proceed with such a blatant violation of the Geneva Convention, UN General Assembly, and UN Security Council resolutions. The Zionist state is intent on being an international criminal and pariah, drunk on the Kool-Aid of impunity provided by the Trump administration with the belief that it can commit whatever crimes it likes against Palestinians specifically and, with its total disregard for international law, against humanity generally. We owe it to the Palestinians and all those who believe that international law should be the basis for the maintenance of peace and order between nations to shake the Israelis out of their drunken frenzy of continuous violations of Palestinian human rights.

It is beyond doubt that Israel is the new ‘apartheid South Africa’. The boycott and isolation efforts that brought about the dismantling of apartheid in South Africa will work in the dismantling of apartheid in Israel. The global BDS movement is spearheading and organizing those efforts. BDS is all-inclusive in its membership and supporters. It is supported by Jews and non-Jews alike, transcending gender, race, creed, religion and nationality in its membership and support and all its efforts and campaigns.

It is therefore important for the international community to intensify efforts to boycott Israel due to its apartheid policies. In this regard, BDS Malaysia invites all Malaysians to be part of the global efforts led by the international BDS Movement. The international BDS Movement and the Global South Movement have issued a statement condemning the Israeli government’s plans to seize the Palestinian territories and its apartheid policy against Palestinians. BDS Malaysia has been able to gather support for this Global South statement from dozens of professors from several universities in Malaysia, as well as chairpersons of dozens of NGOs in Malaysia, as well as scores of MPs from various political parties. It is hoped that this effort will help maintain the praiseworthy policy of the Malaysian government to continue to have no diplomatic relations with Israel and boycott it until the following three demands are met:
1. Israel must end its occupation and colonization of all Arab lands, ends its illegal blockade of Gaza and dismantle the Wall
2. Israel must recognize the fundamental rights of the Arab-Palestinian citizens of Israel to full equality
3. Israel must respect, protect, and promote the rights of Palestinian refugees to return to their homes and properties as stipulated in UN Resolution 194