Yee sang was popularised by Loke’s grandfather at their family restaurant in Seremban. 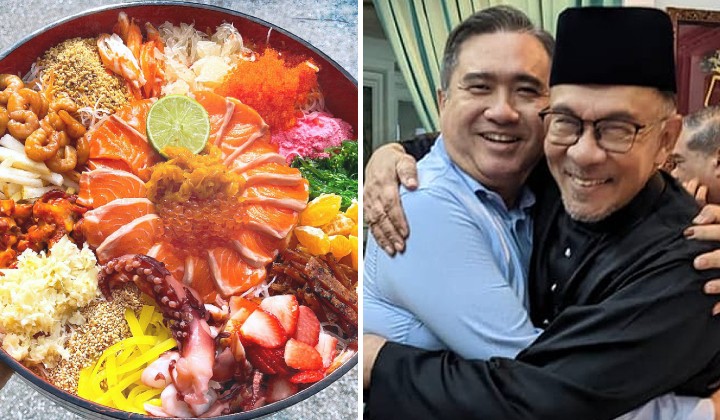 Yee sang, also known as lou sang, is a must during the Chinese New Year festive season.

The dish originated from China and was brought here by immigrants during the colonial era.

However, the tradition is mainly practised by the Chinese in Malaysia and Singapore.

But did you know that the yee sang we know today is closely linked to the family of Transport Minister and DAP secretary-general Anthony Loke?

According to SCMP, Loke worked with his elder siblings at his father’s Chinese restaurant, Hong Seng.

#Malaysia: Grandfather of #DAP politician Anthony Loke was creator of Yee Sang dish. Serving food, taking orders, washing dishes at his father's restaurant as a child helped him in politics. "Serving customers trained me to talk to strangers with ease.”https://t.co/4fUSYFUooq

The Seremban MP was only ten at that time.

Loke himself had shared his family’s story on social media some years ago.

A Dish Destined For Many

Ching Fatt came to Malaya and settled down in Seremban in the 1920s.

He originally named it Sup Kum Yee Sang (十感鱼生, or “Ten Senses Yee Sang”) as the dish is colourful with many aromas and flavours.

Customers loved the dish, and soon it became famous thanks to word of mouth and the rest, as they say, is history.

By the 60s, many Chinese restaurants nationwide also started serving yee sang, ensuring their place in the local culture.

Over the years, the origin of yee sang has been contested by Singaporeans.

The Singaporeans claimed they invented the dish, and their story was backed by western media such as the British Broadcasting Corporation (BBC).

Have they not any shame?

Malaysia has full claim and full rights to this! #bbc #yeesang