Najib is appealing against his 12-year prison sentence and fine for embezzling RM42 million in SRC funds. 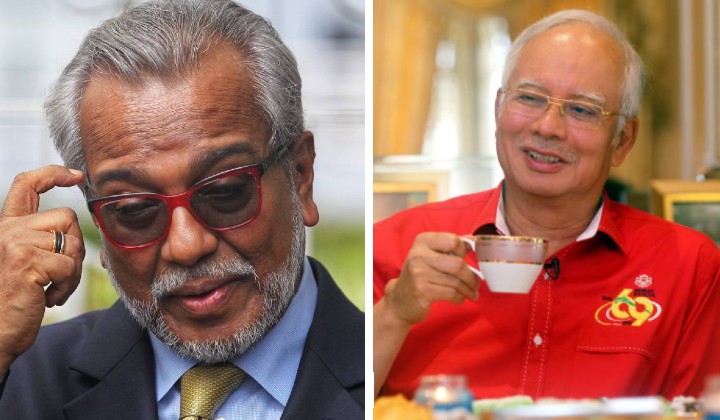 Datuk Seri Najib Razak’s application to review the conviction and sentence in hiSRC International Sdn Bhd trial began with a dispute on the list of judges.

Before the proceedings could begin, lawyer Tan Sri Muhammad Shafee Abdullah stood up.

He objected to the list of Federal Court Judges presiding over the judicial review.

Muhammad Shafee objected to the composition of the panel of judges who also listed Abu Bakar’s name.

What is the importance in terms of justice, putting Abu Bakar in the panel list where the Chief Justice did not state the reason for the listing.

Lawyer Muhammad Shafee on why he objected to the list of Federal Court Judges.

However, Deputy Public Prosecutor (DPP) Datuk V Sithambaram said Najib as the applicant, must show that there is danger or bias when Abu Bakar is included in the panel’s list.

There is no question in the listing of this judge in the composition of the panel because it is made in line with the provision in the constitution.

DPP Datuk V Sithambaram on why there is nothing wrong with the list of Federal Court Judges.

Sithambaram added that Abu Bakar is a competent and authoritative judge because the chief judge named the latter.

Later in the afternoon, Najib’s objection to the panel composition was thrown out, and Abu Bakar remained on the five-man panel.

Justice Abdul Rahman Sebli said the law is clear that the Chief Justice can appoint a Court of Appeal judge for a Federal Court review.

Meanwhile, Najib’s supporters gathered at the grounds of the Palace of Justice to show their support.

They distributed flyers explaining why Najib was innocent.