The ship was reported missing on 9 January and the SAR operations were stopped on 14 January after no clues were found. 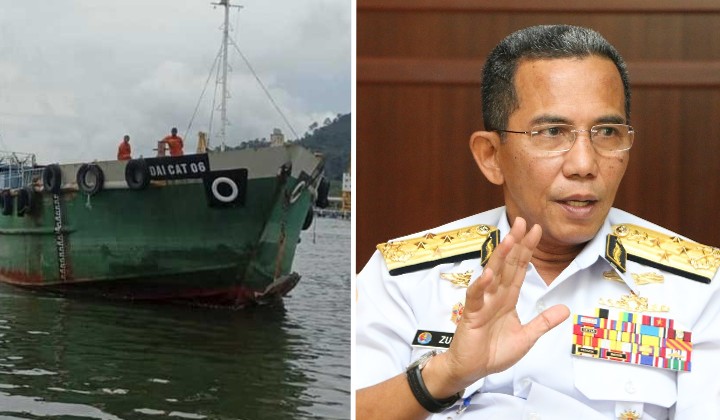 A Malaysian-registered cargo ship named the MV Dai Cat 06 was reported missing on January 9, by the ship’s agent.

After almost a week of search and rescue (SAR) efforts by the Indonesian National Search and Rescue Agency (BASARNAS), the operations were halted last Saturday (January 14) at 6.00 pm.

Malaysian Maritime Enforcement Agency (MMEA) Director-General Maritime Admiral Datuk Mohd Zubil Mat Som said that the decision was made after no clues regarding the ship were found.

BASARNAS has previously used four assets consisting of a ship, two boats and an aircraft to carry out a search covering approximately 800 square nautical miles of the search area in the waters of Natuna, Indonesia to locate the vessel MV DAI CAT 06.

Although the operation, coordinated by BASARNAS has ended, monitoring by Malaysian Maritime assets especially in Malaysian waters based on the last known location of the ship will continue.

“The investigation on the disappearance of MV Dai Cat 06 cargo ship is still ongoing and any developments will be informed from time to time. The search operation will be reactivated once BASARNAS found new leads to the case,” said Mohd Zubil.

The family of a crew member, Derrent Littor, believes that the victims are still alive.

As reported by New Straits Times, Sandra Littor, 32, said that the ship’s company had not explained what exactly happened to her younger brother.

“We understand that cargo ships were previously allowed to carry iron even if its condition was not satisfactory. We want those involved to be responsible for the cargo ship and come forward to explain to the victims’ families,” she said at a press conference yesterday.

So far, there have been six police reports made, five from the crew’s families and one from the cargo ship’s agent in Lumut.

Meanwhile, Derrent’s other sister, Lyli Littor, 28, said that the last time she called Derrent was at 1.47 pm on January 1.

At the time, Derrent told her that he was in Singapore waters and ensured that he always wore a life jacket.

About the cargo ship

On January 1, the cargo vessel carrying 527, valued at RM726,205, was last detected through the ‘Automatic Identification System’ on Indonesian waters, which is 0.2 nautical miles from the border of Johor waters.

Operated by three local and two Indonesian crew, the ship left the pier in Kampung Acheh, Perak on December 23, 2022, and was set to arrive in Kuching, Sarawak on December 31.

As stated by the MMEA, the captain was identified as Adi, 43 from Indonesia while the ship’s senior engineer, Damai Papae Ole, 57, was also Indonesian.

For the Malaysians, they are the ship’s operations chief, Mohammad Syafarizan Noor, 24, and two ship crews, Mohammad Suhaideh Sudin, 22 and Derrent Littor, 22.