The elderly man convinces people by telling them he is an OKU with diabetes. 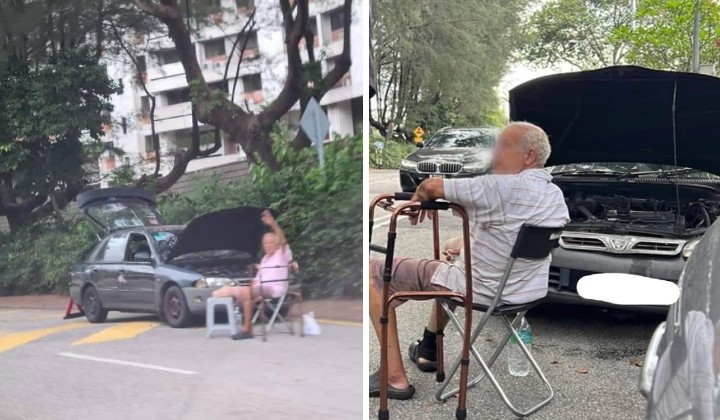 Netizens are warning the public to be careful of an elderly man who is said to be a scammer.

The warning was posted in a Facebook neighbourhood group named The Republic of Bangsar #TROB.

The elderly man is allegedly looking for victims by the roadside in Bangsar.

His modus operandi is to park his car by the roadside and request money to fix his vehicle, which appeared to be quite old.

To convince people, the elderly man would claim that he is a person with disabilities (OKU).

Netizens said police had reprimanded the elderly man, but to no avail, as he kept coming back.

They had also seen him in other areas of Kuala Lumpur, including Ampang, Pandan Indah and KL Sentral.

A netizen claimed the elderly man was his relative and warned the public not to trust him.

Twitter user @braderlongheh said the elderly man is trying to get sympathy by saying he is a diabetic.

The elderly man is also accused of being foul-mouthed.

Meanwhile, some netizens said he should be given the benefit of the doubt.

A netizen claimed to have given him RM200 after the elderly man stopped him while driving.

Another netizen, Brian Choo, said he helped the elderly man cross a road in Damansara Heights.

However, it ended up with the elderly man taking money from Choo’s wallet.

Should I Refuse To Give Money To A Stranger?

If you speak to someone asking for money, be kind but firm.

You can consider listening first, as saying no too quickly might make the person feel ignored, hurt, discounted or insulted.

There are reasonable justifications for hesitating in simply handing money to a panhandler.

It would also enable fewer scammers and generally do more good if given to homeless shelters.

Another option is to offer to solve the problem, such as fixing the car, paying for a hotel room for the evening, or buying food, instead of just giving cash.