Netizens want the suspect’s position to be named, as several government departments were involved in the rescue effort. 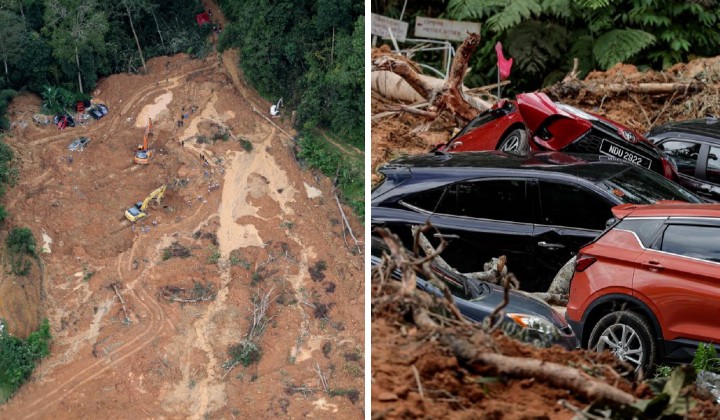 A civil servant is suspected of stealing from the Batang Kali landslide victims.

In the arrest, we also seized items believed to belong to the victims (of the landslide case). An application for remand against the suspect will be made today to assist the investigation per Section 379 of the Penal Code.

She spoke during a press conference at the Ampang Jaya District Police Headquarters (IPD) on Saturday (7 December).

Previously, the media reported that the police received two reports about the loss of belongings belonging to victims in the Batang Kali Tragedy.

A victim’s family member claimed that an irresponsible individual was using the Touch N Go card belonging to the victim of the tragedy.

The police received two reports regarding the issue on 1 January.

The arrest shocked the public as many had praised the rescue team for doing a good job.

Netizens are speculating on the civil servant’s position as several departments were involved in the rescue mission.

My uncle is one of the fireman who was in the rescue mission. He said only the bomba were busy searching for the victims, while the other penjawat awam were wandering around. Then, he said, among those teams, someone stole the victims' belonging that was kept in a car.

Meanwhile, some defended the civil servant, saying he could face financial difficulty due to his low pay.