The customer claimed that the waiters were very unfriendly. 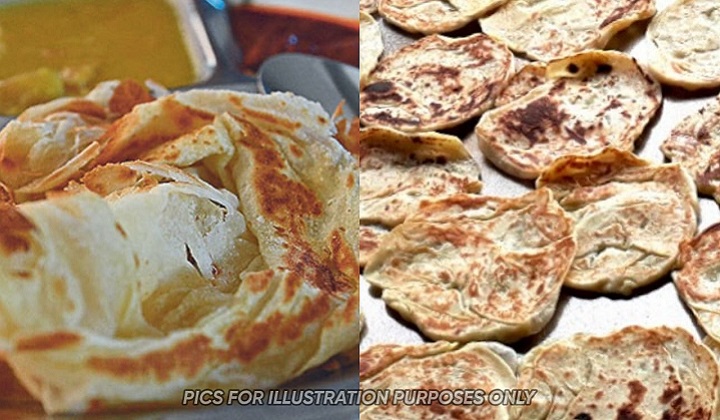 A man recently shared his experience at a ‘viral’ roti canai stall in Penang.

He was disappointed that the food did not live up to the reviews on Google.

He and his family had never been to the stall before, so they were full of expectations.

When they arrived, they saw a long queue and were convinced that Google’s recommendation would not be wrong.

Fauzul said that when they sat down at the stall, their experience started to go awry.

The dining table was covered with dirt, and the surrounding area was full of bad smells.

He claimed that the employees didn’t wear headscarves and masks, and the sanitary conditions were unsatisfactory.

He also pointed out that after the waiter shouted that the food was ready, he had to collect it himself.

What’s worse, the dining utensils were not cleaned.

I found that the roti canai they prepared were stacked on top of each other. Fortunately, I went to pick up the food early and took the top plate. There were also food residues on the tableware, and I had to clean it again.

He added that when he wanted to order plain roti canai for his younger son, the staff showed an indifferent expression.

Fauzul and his family quickly finished their meal and left the stall; they didn’t want to stay a minute longer.

The experience made him wonder why the stall was so famous.

If I were to write a food review for this stall, I wouldn’t even give it 1 star.

Fauzul did not disclose the name of the stall and its location, however he applauded another stall they went to which was closer to the hotel they were staying at.

Sharing a photo of the stall, he said “Thaha Roti Jala” served delicious roti canai and the servers were polite.

Meanwhile, some netizens suggested that in looking for good food, people should ask the locals instead of Google.

READ MORE: Roti Canai Makers In High Demand; Skilled Workers In This Field Are So Tough To Find