The neighbour insisted that the house belonged to his mother. 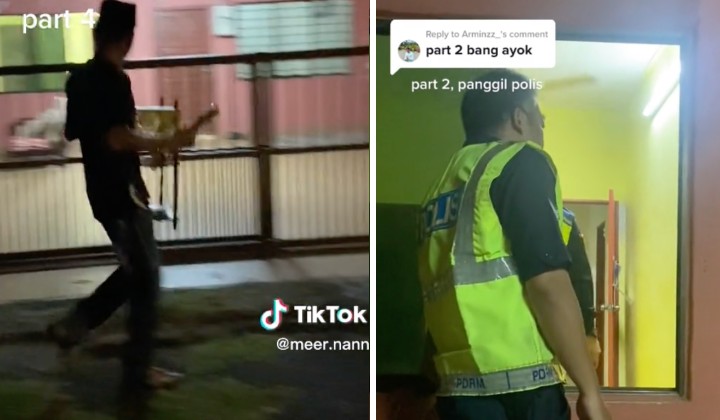 A homeowner had the shock of his life after he found out his neighbour had been living in his empty house.

He posted about the bizarre incident with a series of videos on TikTok under the username @meer.nann.

As far as the homeowner knew, the house had been empty for three months.

Not only that, but the key to the house had also been changed.

However, the homeowner was lucky when the house could be entered through a window.

In the second part of the video, it is understood that the homeowner requested the help of the police to investigate and call several witnesses.

However, the puzzle was solved when an individual said to be his neighbour admitted to entering the house.

Amazingly, the neighbour claimed that the house belonged to his mother.

The individual is said to hold a copy of the Quran to prove that the house is his mother’s.

Later, the individual agreed to remove all his items as instructed by the police.

@meer.nann added that a police report had been made to resolve the matter.

The incident cannot be confirmed, but from what can be seen in the video, the police are also at the scene.

At the time of writing, the four-part video has been viewed over a million times.