The couple said their expenses skyrocketed due to the last-minute hotel booking. 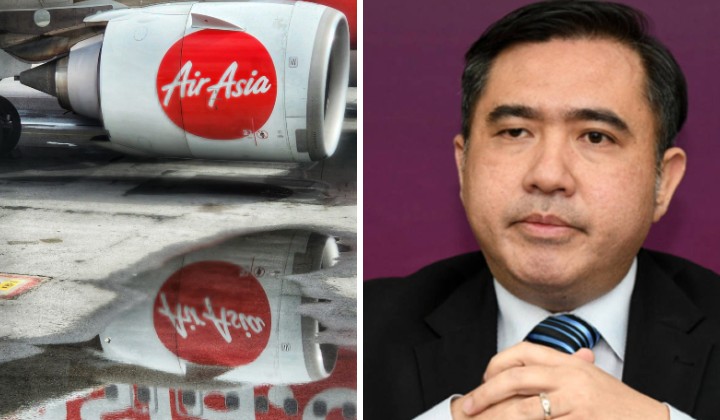 A couple complained on Twitter that they were forced to stay in Melbourne for days.

The reason given was the flight delay of AirAsia, which added days of extra expenses.

The husband, @NazFarid, tweeted their ordeal recently, expressing his dissatisfaction with AirAsia.

We’re only had one meal a day on 1st and 2nd jan due to the reasons above.

We had called Airasia Australia customer service (voicemail) and got no response till now.

We had filed complaint to MAVCOM via Flysmart, and also to Airasia on twitter. Also no feedback until now. pic.twitter.com/kzLvq3gaTm

They booked accommodation at the last minute and were forced to live in expensive hotels.

They also claimed they were reduced to eating only one meal daily for days.

@NazFarid added that he had to withdraw money from his Amanah Saham Bumiputera (ASB) but could not use it immediately due to floating.

The Curse Of Flying​​

According to the air ticket uploaded by the victim, their original flight was at Melbourne International Airport at 7:40 am on 2 January.

They were supposed to take AirAsia Flight D7 219 back to Kuala Lumpur, and the arrival time was 1:10 pm Malaysia time.

Unexpectedly, the victim later received a notice from AirAsia that the flight was delayed.

According to the AirAsia notification letter attached by the victim, AirAsia cancelled flight D7 219 from Melbourne to Kuala Lumpur for operational reasons.

The notification letter also stated that another flight to Kuala Lumpur had been arranged for them.

But on 6 January, the flight they took was D7 213, with departure at 2.25 pm ​​local time and arriving at Kuala Lumpur International Airport at 7.55 am Malaysia time.

He claimed that they had called AirAsia Australia customer service (voicemail) during the period but did not receive a response.

The victim pointed out that the claim from the travel insurance they bought was only up to RM2,000 per person after returning to Malaysia.

Still, he lamented that RM2,000 could not compensate for everything they had experienced.

Ask, And It Shall Be Given

He asked Transport Minister Anthony Loke for help, hoping that the latter could intervene to help solve the problem.

And the top-performing minister did not disappoint.

Loke responded to his tweet by asking the airline to apologise to all affected passengers.

He also promised that MAVCOM would look into the matter.

I take note of your complaint. I will ask AirAsia X’s management to apologize to all affected passengers. MAVCOM will investigate the case. https://t.co/4PqLAPe8Ab

@NazFarid updated his post on Twitter on 5 January, saying that he had received an email from MAVCOM.

MAVCOM requested that all affected passengers provide consent letters and that the problem would be resolved within seven days.

Received email from MAVCOM requesting consent letters from other passengers.

Affected passengers of flight D7 219 MEL-KUL that was supposed to depart on 2nd Jan 2023, 7.40am, please DM me now as we only have 7 days to solve this 🙏#airasiadelay#airasia pic.twitter.com/mFH2Vi17HV

At around 10 am this morning (6 Jan), the victim tweeted again that their flight had departed at 3 am and arrived at Kuala Lumpur International Airport 2 (KLIA2) at 8 am.

So anyway minor update here ya.
Yesterday we check in our bag at 9pm, our flight departed 3am this morning, and we’re arrived at KLIA2 at 8am.

For those who reply this thread, thank you so much, i did misread the email. pic.twitter.com/sdQieWTMLY