Sanusi said voters who asked for RM50 to RM100 to pay for transportation are stupid. 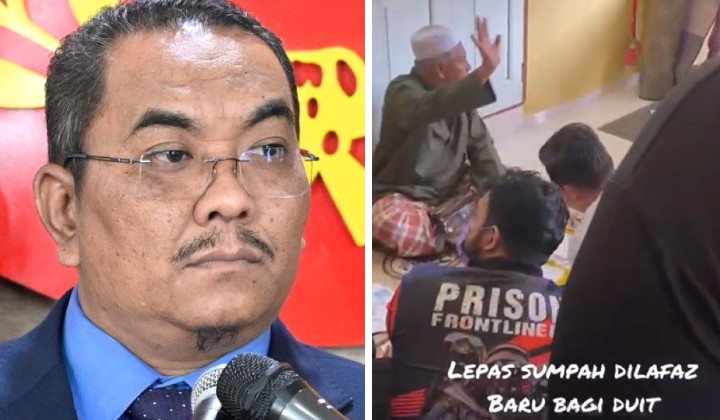 Sanusi, also the Menteri Besar of Kedah and PAS election director, said voters who begged for fares of RM50 to RM100 are stupid.

He also implied that because the voters are so calculative, PAS had also lost the chance to rule at the federal level.

His stinging remarks were recorded and shared on social media.

In contrast, Pakatan Harapan (PH) supporters abroad are willing to spend a fortune to return from China, Taiwan, Singapore, Australia, and America to vote.

He stressed that voting is important, so voters must not be calculative on RM50, RM100 or RM200 petrol money.

Our opponents (PH supporters) came back from Taiwan, from China, from Singapore, from America, from Australia, they didn’t even ask for ‘sekupang’ (a penny).

PAS leader Datuk Seri Mohd Sanusi Md Nor on PH supporters using their own money to come back and vote.

In his speech, Sanusi repeatedly berated the voters as ‘bodoh’ (stupid).

Sanusi said PH supporters do not ask to be paid a single cent as they know how important it is to ‘take control of the land’.

Citing an example, he claimed that a family in Australia spent over RM40,000 to come back to vote.

However, he did not mention that many overseas Malaysians pay a heavy price as they struggle to afford the travelling cost.

About 2.7 million overseas Msians, around 1.8 per cent of total 15 million-strong electorate,complained being disenfranchised as they either had difficulties finding reasonably priced air fare to fly home to vote /received their ballots too late to return them in time to Malaysia

Oath For Vote Cash Is A Slander, Says PAS

Recently, a video went viral showing PAS giving transportation money to voters on the condition that they swear to vote for PAS in the recent GE15.

PAS had dismissed the allegation as unfounded.

Interestingly, in 2015, the Election Commission (SPR) said giving cash to voters to go back to their hometowns to vote is not a form of bribery.

Meanwhile, netizens said PAS is likely angry with the voters because they exposed it to the public by sharing the ‘petrol money’ issue on social media.

At the same time, the outspoken Sanusi had been criticised for arousing hate sentiments in his political speeches.