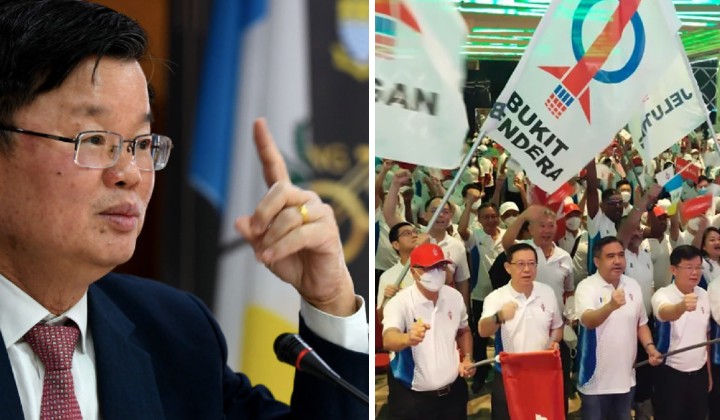 Penang DAP chairman Chow Kon Yeow said the Penang DAP has seven MPs, but none of them could join the new Cabinet formed yesterday (2 December).

Nevertheless, he acknowledged that the appointment of ministers is the Prime Minister’s prerogative.

He said that though DAP did get four ministers, its partner PKR got twice as many ministers despite winning fewer seats, which felt unbalanced.

Regional representation in PM10 Anwar Ibrahim’s cabinet: Heavily skewed to Selangor/KL and Perak, folllowed by Sarawak and Johor. Limited representation of Sabah and Penang, esp given their role in supporting govt. Five states have no ministers at all, esp. Peninsular East Coast. pic.twitter.com/L21gdea65C

Chow made the remark today (3 December) after attending the ground-breaking ceremony for a new school in Batu Kawan, his Parliamentary constituency.

He also opined that if the Cabinet is smaller, the proportion of seats allocated to all ruling parties should also reduce, so there will be a balance.

This is the initial reflection and opinion of the Penang DAP on the formation of the new cabinet.

Penang DAP is not alone, as Sarawak DAP was also left out of the minister’s post.

Focus On Serving The Rakyat

Netizens said DAP should not fret as MPs can still do their job to take care of the rakyat even if they are not appointed ministers.

Political analyst James Chin said it’s not as bad as it seems because many other positions are still available.

Trouble Brewing? or Shout and forget? Let me remind all- cabinet positions is just the start. There are literally hundreds of other positions to be filled- from GLC to stat boards to Pegawai Tugas-Tugas Khas, etc. But DAP is the largest party … pic.twitter.com/3cmmTA0wbE

The PH chairman said the Cabinet would consist of 28 ministers in 22 ministries and four portfolios in the Prime Minister’s Department.