A struggling Umno is seen as the biggest winner in Anwar’s unity Cabinet lineup. 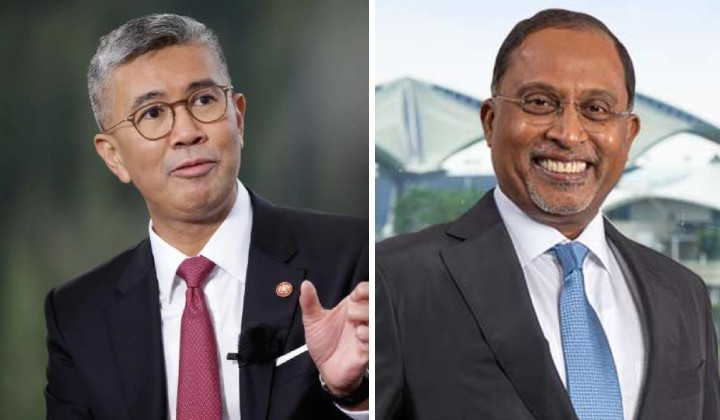 But all three have been given cabinet positions and appointed as Senators today (3 December) before Dewan Negara Speaker Tan Sri Rais Yatim.

The Federal Constitution’s Article 43(2)(b) requires that ministers either be members of the Dewan Rakyat or the Dewan Negara.

In contrast, Amanah’s Datuk Seri Dr Dzulkefly Ahmad, who defeated Tengku Zafrul in Kuala Selangor, was not appointed a minister.

Some said Dr Dzulkefly should have been reinstated as Health Minister, given his background.

On the other hand, some pointed out that the new Health Minister, PKR women leader Dr Zaliha Mustafa, is a qualified doctor from Universiti Kebangsaan Malaysia (UKM).

Dr Zaliha was congratulated by many, including former health minister Khairy Jamaluddin.

Umno is said to be the biggest beneficiary of the Cabinet lineup with six ministers.

It will be a much-needed lifeline for UMNO, which is on a decline, especially its embattled president Datuk Seri Ahmad Zahid Hamidi.

With the latest development, it is likely the president will triumph in the upcoming Umno party elections, which will be held within six months from now.

In addition, Ahmad Zahid was also appointed as Minister of Rural and Regional Development.

Ahmad Zahid’s appointment raised many eyebrows because he is in defence against 47 charges.

The accusation includes an alleged criminal breach of trust of RM31 million belonging to the charitable foundation Yayasan Akalbudi.

DAP won 40 seats and is the biggest party in PH, but they got only four Cabinet posts.

UMNO won only 22 Parliamentary seats, but they got seven minister slots, including the Deputy Prime Minister post.

Netizens complained that despite staying faithful to PKR through thick and thin, DAP was handed ‘non-critical’ portfolios.

I m So DISAPPOINTED, FEELING BETRAYED with the announced cabinet list. DAP after fighting with PKR, barely received 4 appointment, and yet not on critical minister portfolio.

At the same time, netizens urged outspoken DAP leader Nga Kor Ming to be cautious with his statement moving forward.

The Teluk Intan MP, also state assemblyman for Kepayang in Perak, has been named the Local Government Minister.

Please remind @NgaKorMing you are minister now under scrutiny 24/7. Not a DAP member in opposition. Mind your words and act. Don’t over do things. Don’t need to justify either. Please learn from @anthonyloke. Perfect example less talk more work.

In about three weeks, the Parliament is expected to table a motion of confidence to reaffirm Anwar’s premiership.

Ahmad Zahid has signalled he and his coalition will back Anwar on 19 December during the vote.

Anwar has said the Cabinet appointment should not be seen as rewarding political partners in exchange for support.

He reiterated they should support him based on his policies and efforts towards good governance and his commitment to anti-corruption drive and resuscitating the economy.

1. “I don’t want to continue with this extravagant manner of appointing ministers as a form of reward,” says prime minister Anwar Ibrahim.

He says the government should not be seen as rewarding political masters, and that special envoys will be considered only when necessary. https://t.co/Q7wMxxF54g pic.twitter.com/03uT9bEc2I