The election for both seats was postponed after the death of Pakatan Harapan’s M Karupaiya for the Padang Serai seat and Perikatan Nasional’s Md Yunus Ramli for the Tioman seat. 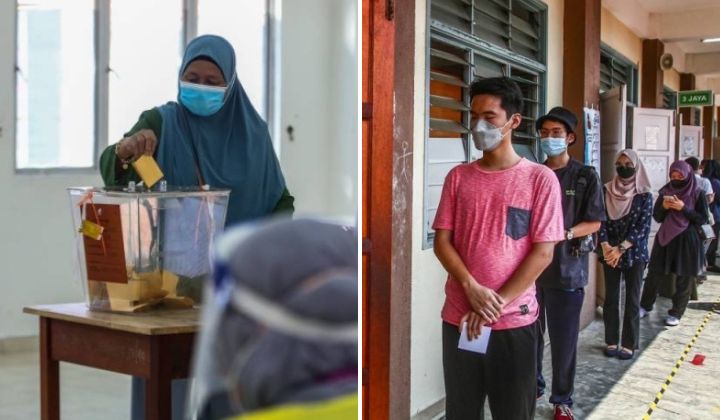 Early voting for the Padang Serai parliamentary seat in Kedah and the Tioman state seat in Pahang officially began today at 8am.

Previously, the 15th general elections (GE15) for both seats were postponed after the death of Pakatan Harapan’s M Karupaiya for the Padang Serai seat and Perikatan Nasional’s Md Yunus Ramli for the Tioman seat.

The group casting their votes for Padang Serai will be doing so at the Kulim district police headquarters multipurpose hall from 8am to 2pm.

Those voting for Tioman will be voting in the Rompin district police headquarters breakroom from 8am to 5pm, and the Pulau Tioman Tetek police station information room from 8am to noon today.

The ballots will not be counted today, and the ballot boxes will be kept at police stations for the time being.

The elections for both seats will take place on 7 December.

However, Kedah BN’s chairman Datuk Seri Jamil Khir Baharom announced that the party would not contest the seat and would give way to PH last night.

BN candidate, Datuk C. Sivaraj’s name will still remain on the ballot paper based on Regulation 9 of the Elections (Conduct of Elections) Regulations 1981, where no candidate can withdraw his candidature after 10am on the nomination day.

The Malay Mail reported that the party would support and assist PH candidate Dr Mohamad Sofee Razak to win the Padang Serai seat.

Warisan had pulled out of the race for the 7 December election and voiced support for the PH candidate.

Due to the formation of the Unity Government at national and state levels, PH confirmed its withdrawal from contesting for the Tioman seat.

According to NST, Amanah decided that its candidate under PH, Mohd Fadzli, will give way to BN but his name will still remain on the ballot papers.