The victim had fallen from the 28th floor. 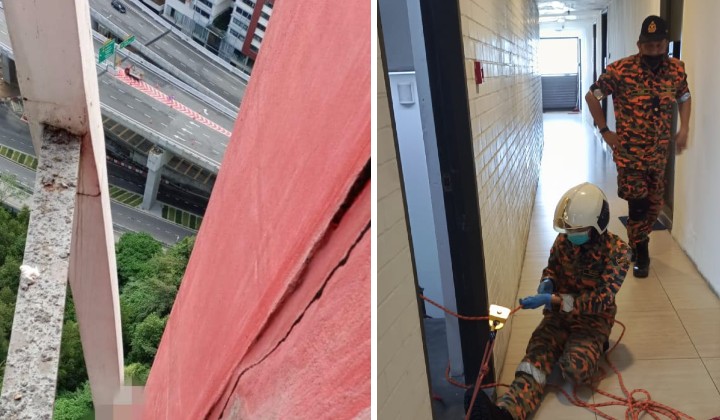 Firefighters took over an hour to bring down the remains of a woman caught on a pole on the 20th floor of a condominium near Damansara Perdana, Petaling Jaya.

According to Berita Harian, the victim was believed to have fallen from the 28th floor of the building.

The head of the Selangor Fire and Rescue Department (JBPM), Norazam Khamis, said the incident report was received at 8.09 am.

Firefighters from the Damansara fire station were deployed to the location.

Firefighters who arrived at the scene at 9.25 am then used rope rescue techniques to retrieve the victim.

The victim, who was seen unconscious, was finally brought into the building through a window on level 20 before it was confirmed that she had died.

Norazam said rescue work was fully completed at 10.55 am, and the body was handed over to the police for further action.

Meanwhile, Sin Chew reported that the victim was a local woman aged about 30.

Police are still investigating the cause of death.