The suspect stands accused of shooting a cat with an air gun. 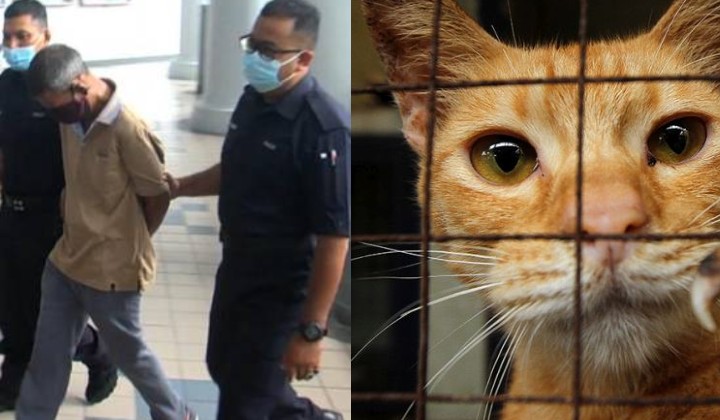 An elderly man in Melaka faces two charges in court and one of it involves intentionally killing someone’s pet cat.

As reported by Astro Awani, 62-year-old Aziz Tambi pleaded not guilty at the Sessions Court in Ayer Keroh, Melaka today to shooting his neighbour’s cat to death with an air gun, causing the animal unnecessary harm and suffering on 18 June this year.

He was accused of commiting the act at a house on Jalan Tanjung Minyak, Bukit Rambai in the central Melaka District.

At approximately 2.30 p.m. on 18 June 2022, the crime was committed in a residence on Jalan Tanjung Minyak, Bukit Rambai in the central Melaka District.

Bail was proposed at RM20,000 as the prosecution highlighted the seriousness of the offence.

Judge Darmafikri Abu Adam set bail at RM5,000 with one surety and set the case for remention on 11 January.

Meanwhile, in a separate court, before Magistrate Nabilah Nizam, the accused pleaded not guilty to a charge of possessing an air rifle without a valid licence.

He was charged under Section 8(a) of the Arms Act 1960, which carries a maximum penalty of seven years in prison or a fine of RM10,000, or both, upon conviction.

He was granted bail of RM2,500 with remention set on the same day as the earlier charge.

Ishak Kari, a lawyer, is representing the accused.