Several witnesses have been called to record their statements to help with the investigation. 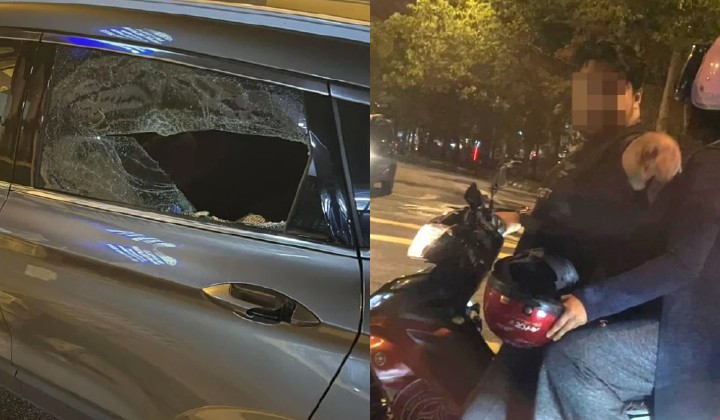 According to Harian Metro, a motorcyclist broke a car window out of resentment over being honked at when running a red light, last Sunday at Jalan Sekilau, Taman Tenaga, Cheras.

Cheras District Police Chief, Assistant Commissioner Zam Halim Jamaluddin said the incident was believed to have occurred at 9:40 p.m. prior to it going viral on social media.

The police found a viral video showing the motorcyclist smashing the car window using his helmet.

It is stated that the initial investigation revealed that the cause of the incident was the man’s dissatisfaction with the car driver’s honking.

Several witnesses, he claims, have been summoned to have their statements recorded in order to aid in the investigation.

Police are requesting any individuals with information related to this incident to come forward to assist with the investigation.

The public is also advised to refrain from speculating, making assumptions, or expressing any opinions that might disturb the peace or cause confusion.

He stated that the case is being investigated in accordance with Section 427 of the Penal Code and that a thorough investigation into this incident is being conducted.