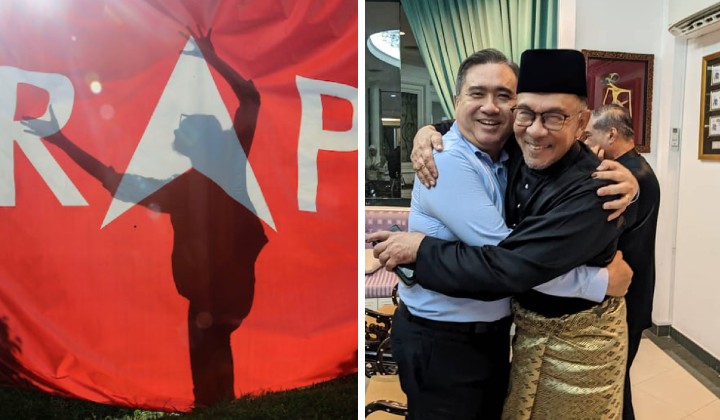 The internet is abuzz with a photo of Prime Minister Datuk Seri Anwar Ibrahim giving a big hug to DAP Secretary-General Anthony Loke.

The photo, taken after Anwar was appointed as Prime Minister yesterday afternoon, shows the deep friendship between the two.

Loke, who is Seremban MP, also uploaded a photo of the two hugging on Facebook at nearly 1 am today.

The show of friendship was well-received by the public as they commended Anwar’s attitude towards Loke.

They expressed hope that political challenges would not undermine their friendship.

Some Malay netizens expressed regret that Anwar had been rejected by some of his people, while Malaysians from other races supported him wholeheartedly.

At the same time, netizens clamoured for Loke to be appointed Transport Minister again.

Loke held the post during the short-lived Pakatan Harapan (PH) government from 2018 to 2020.