The 12-year-old girl was allegedly groped and kissed on the cheek by the male suspect. 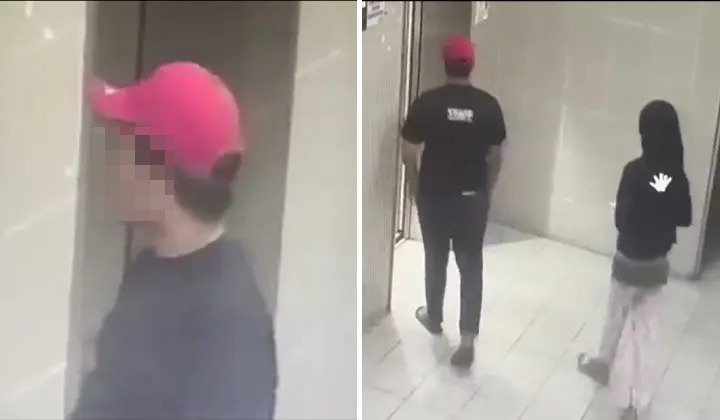 The number of confirmed sexual harassment cases involving women and minors, as well as allegations of such cases is raising serious concerns in Malaysia.

Social media was abuzz today with another allegation where a man was said to have molested a 12-year-old girl inside an elevator in a residential building in Putrajaya.

Assistant Commissioner A. Asmadi Abdul Aziz, Putrajaya District Police Chief, stated that the 12-year-old victim told her mother about the incident at 8:20 a.m.

The victim stated that while she was in the the elevator from level G to the eighth floor, the male suspect groped and kissed her on the cheek.

Twitter user (@narshAli) shared a closed-circuit television (CCTV) camera footage that showed a young girl waiting outside an elevator. There was also a man wearing a red cap in the footage.

In an update by the police, the suspect was arrested yesterday at the Kajang market based on information received.

According to Sinar Harian, Putrajaya District Police Chief Assistant Commissioner A. Asmadi Abdul Aziz said the incident was believed to have happened on Wednesday.

The 12-year-old victim told her mother and a police report was lodged at the Precinct 7, Putrajaya Police Station.

According to preliminary investigation, the 19-year-old suspect was formerly a student of the victim’s mother at a Putrajaya school.

Asmadi said yesterday that a remand order will be applied today against the suspect to assist in investigation under Section 354 of the Penal Code.

Previously, a woman shared her traumatic experience of being sexually harassed by an e-hailing driver on the highway.

In her complaint to the e-hailing company, the woman alleged that the driver made an indecent remark regarding her appearance.