Hew was arrested for allegedly making inflammatory, hurtful, disrespectful, and racialised remarks during the GE15 campaign. 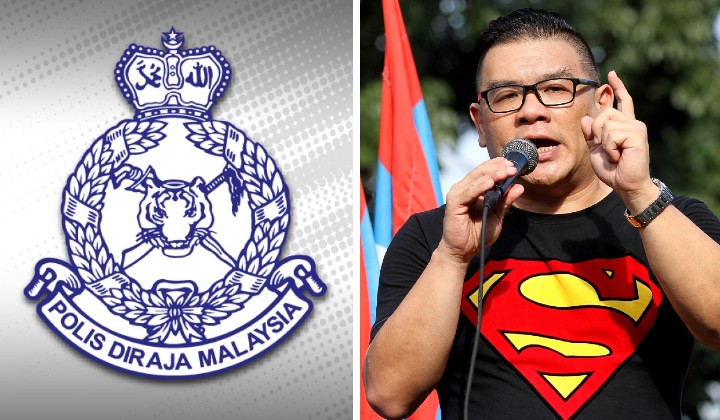 He allegedly made the speech in a Pakatan Harapan (PH) speech during the recent 15th General Election (GE15) campaign.

He was picked up at his residence in Puchong Jaya, Selangor, with the help of the Bukit Aman JSJ team.

On November 17, the Pahang police investigated the transmission of a video of a political party’s speech in Raub Perdana, Raub, Pahang. At the talk, a speaker named Hew Kuan Yau or better known as ‘Superman Hew’ spoke in Cantonese which was found to have elements that could threaten public order.

Part of the video recording of the talk was then broadcast on mass media and social media and received negative reactions from the community.

The suspect is currently being held at the Dang Wangi District Police Headquarters (IPD).

A remand application will be made under Section 117 of the Criminal Procedure Code for the police to obtain further information.

Hew is also being investigated under Section 4A of the Election Offences Act 1954, which is the offence promoting feelings of ill-will or hostility.

If convicted, the person can be imprisoned for up to five years, fined up to RM10,000, or both.

The investigation was also carried out under Section 233 of the Communications and Multimedia Act 1998, which is an offence due to improper use of telecommunication network facilities.

The 52-year-old is also being investigated under Section 505(b) of the Penal Code.

If found guilty, the person is punishable with up to two years imprisonment, a fine, or both upon conviction.

According to Ramli, Hew is also being investigated for his speech in a political talk program at Taman Pandan Mawar, Malacca, on 18 November.

His arrest was made as racial tensions grew due to provocative and defamatory postings on social media, especially TikTok.

During the GE15 campaign, Hew gave many talks during events held by DAP.

Some netizens have claimed that DAP is trying to shake off its responsibilities by saying that Hew is no longer a party member.

Hew’s main point is that there is a political party which would solve all their problems which included racism.

He increased his popularity through simplistic language and short phrases to convey his message with effective persuasiveness.

He is also known for using Cantonese and Hokkien vulgar words in his speech to make them appeal to Malaysian Chinese,

Perfectly timed to intensify the crescendos of his speech, it fired up the indifferent and the doubting,