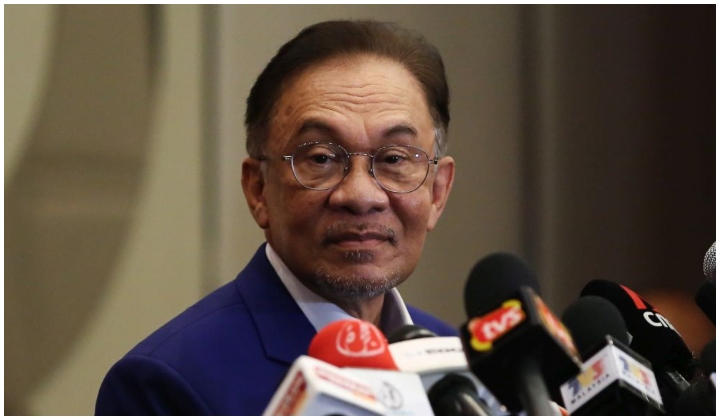 Pakatan Harapan (PH) chairman Datuk Seri Anwar Ibrahim has been appointed the 10th Prime Minister of Malaysia and will be sworn in at 5.00pm today.

Anwar, who is also PKR president and the Member of Parliament for Tambun, was selected following a meeting of the Council of Rulers today, according to a statement from Istana Negara.

Anwar’s coalition Pakatan Harapan (PH) holds the largest block in Parliament following the 15th General Election (GE15) last Saturday (19 November), with 82 seats but faced stiff competition from Perikatan Nasional (PN) which has 73 seats. Neither managed to hit the 112 seats required to form a government on their own.

Comptroller of the Royal Household Datuk Seri Ahmad Fadil Shamsuddin said Yang di-Pertuan Agong Al-Sultan Abdullah Ri’ayatuddin Al-Mustafa Billah Shah reminded all quarters that ‘the winners did not win all and the losers did not lose all’.

On that note, he urged all Dewan Rakyat members to reach out to each other and strengthen the ties between them for the sake of the country’s future.

The formation of a new government following GE15 had been delayed when Barisan Nasional (BN), with their 30 seats, announced they would remain in the opposition instead of joining forces with either PH or PN.

It remains unclear at this point which parties will be joining PH in forming the new government which Anwar will head.

Meanwhile, PKR deputy president Rafizi Ramli has called for calm in light of this latest development.

He asked for all PKR and PH members and supporters as well as their political friends to respect the desperate need for calm.

He advised that there be no gatherings to avoid the risk of provocation, to be careful with statements issued by political figures, and to be careful with social media content or short messages that could lead to anxiety or be used as a reason to provoke.

“We need to move forward and learn to cooperate to rebuild Malaysia, for the sake of the future and wellbeing of all Malaysians regardless of group, race, state or background,” he said.