The Kajang Magistrate’s Court sentenced 58-year-old businessman Reduan Mahamood to three months in prison and a RM2,000 fine after he admitted to hitting and kicking his wife. 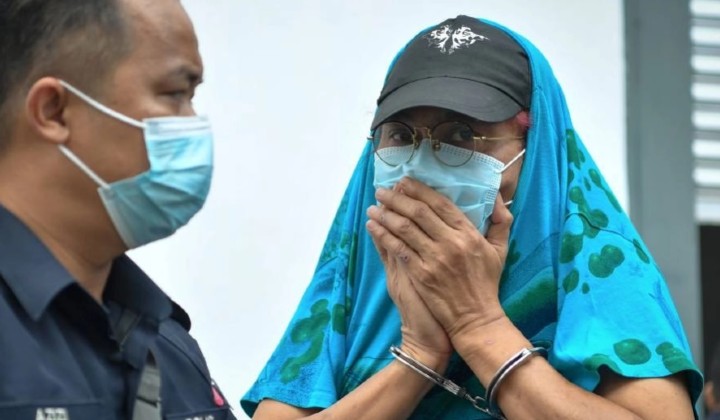 The man who was seen abusing his wife in a viral video was sentenced to three months in prison and fined RM2,000 by the Magistrate’s Court yesterday, according to Bernama.

The judge ordered for the prison sentence to begin from the date of arrest on 19 November. Reduan would also have to serve an additional month if he failed to pay the fine.

Reduan was charged with physically assaulting 45-year-old Adrina Mohd Ariff by hitting and kicking her at their home in Batu 9, Cheras, at 5:13 p.m on 14 November.

The charge framed under Section 323 of the Penal Code carries a maximum prison sentence of one year or a fine of up to RM2,000, or both.

Mohd Shafiq Ahmed Bazari, the accused’s lawyer, demanded a light sentence on the grounds that his client, who has two children, had repented and promised not to repeat the crime.

However, the deputy public prosecutor argued for a deterrent sentence as a lesson to the accused to be cautious in his future actions.

A 67-second Tik Tok video recently showed a long-haired man dragging a woman and kicking her in the face and body. A young girl was also seen crying and apologising to the person.