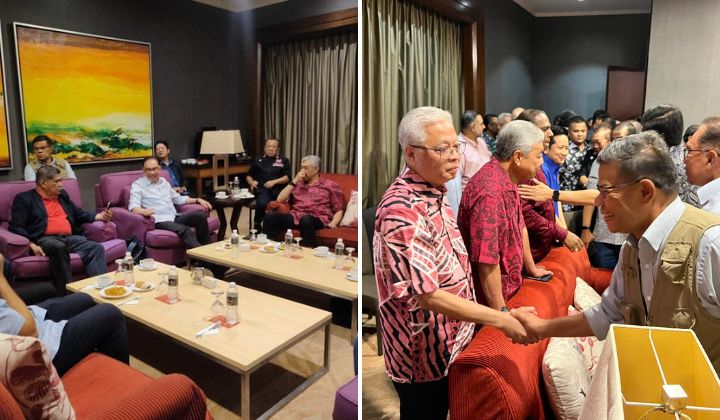 Sources inside DAP and UMNO say an agreement has been reached between BN and PH.

Additionally, one of the sources adds that the agreement has the support of GRS as they are unhappy with GPS chairman Tan Sri Abang Johari Openg, though the other source can’t confirm this claim.

This would mean they have the support of up to 118 parliamentarians, though a pledge by UMNO’s Datuk Seri Hishammuddin Hussein to reject DAP and Anwar no matter the cost, might lower it to just 117.

That would still put them over the top of the 112 MP requirement to form the government and appoint the next Prime Minister.

However, the source in UMNO claims this agreement might only last 6 months until the next UMNO Assembly during which party president Datuk Seri Ahmad Zahid Hamidi could be toppled.

A third source says this agreement is still pending a meeting between the whole BN Supreme Council.