This comes after the 15th General Election yesterday resulted in a hung parliament with no party or coalition having the required seats to form the government. 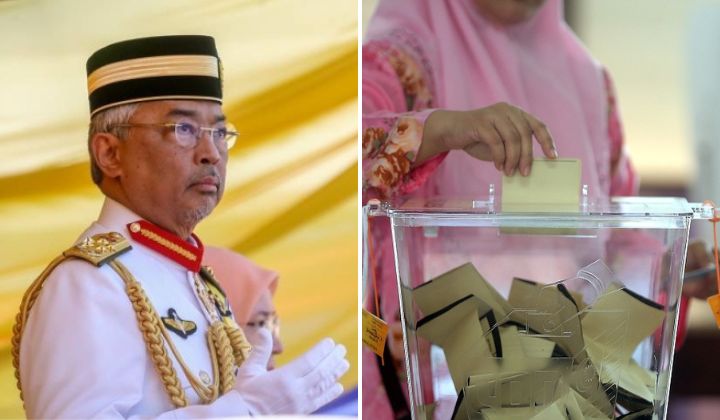 The Yang Di-Pertuan Agong Al-Sultan Abdullah Ri’ayatuddin Al-Mustafa Billah Shah has given political leaders until 2.00pm on Monday to come together, declare their alliances, and for whichever side held enough seats in Parliament to name their Prime Minister of choice.

In a statement, Comptroller of the Royal Household for Istana Negara Datuk Seri Ahmad Fadil Shamsuddin, said that under Section 40(2)(a) and 43(2)(a) of the Federal Constitution, the decision to form a new government and appoint the Prime Minister via this process was final.

This comes after the 15th General Election yesterday resulted in a hung parliament with no party or coalition having the required seats to form the government.

220 out of 222 Parliamentary seats were contested last night, which means a simple majority of at least 111 or 112 seats is needed.

While PH represents the largest block at 82, adding the 5 from DAP and 1 from MUDA to its 76, it does not at the moment appear to have any more allies.

It is thought that PH may try to join forces with BN, but the latter had an abysmal showing during GE15 and only holds 30 seats now, which has led to calls for its chairman to resign as he had been the loudest voice calling for a General Election.

PN, on the other hand, holds 51 seats and had previously worked with BN which has 30, and PAS which has 22. This morning, PN and PAS party leaders also met with GPS which has another 22 seats, for a total of 103.