Even though they’ve voted so many times, they still want to vote for this GE15 because they know it’s a responsibility to choose your leaders carefully. 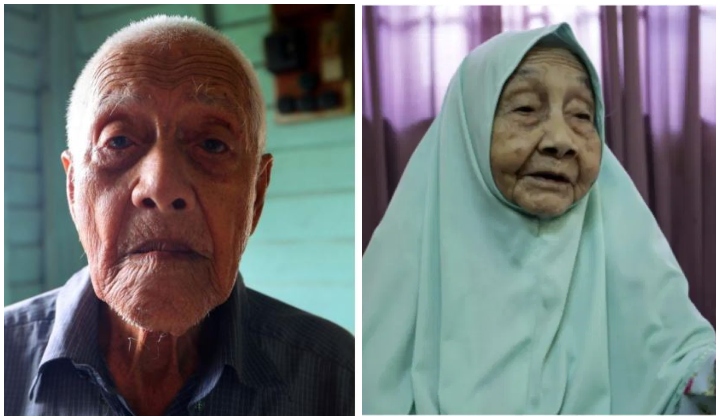 Voting is the responsibility of every eligible Malaysian. It’s our responsibility to choose a government leader who can lead our country fairly in the future.

Parti Perikatan under the leadership of Tunku Abdul Rahman had recorded history as the first political party to win the said election.

It is said that around 80% of the people of Malaya at that time chose the party led by Tunku Abdul Rahman because they supported the policies that sided with them.

An example of a true patriotic Malaysian is a 94-year-old senior citizen known as ‘Pokcik Mat’ who never hesitates to go out to vote despite his increasing age.

As reported by Bernama, Pokcik Mat, whose real name is Muhammad Abdullah who lives in Terengganu understands his responsibility in determining the next leader of the country.

I will still go out and vote on this 15th General Election this Saturday.

My children are working in Kuala Terengganu and I have told them to come home and take me to the polling centre.

He has never missed going to the polls and always reminds others around him to do so. He would always condemn those not wanting to exercise their right to vote for the country, young or old.

They criticize a lot, but when the time comes for them to fulfill their responsibility to choose a government, they prefer tp spend their time sleeping at home.

In an interview with Bernama, he told them that he hopes all Malaysians will go out and vote this 19 November.

“It is important because our responsibility is to our country, and we have to vote for those who are going to lead us,” added him.

Pokcik Mat is one of the 139,423 electors in the Kemaman parliamentary constituency.

Another 98-year-old senior from Kampung Jabi, Jertih, Terengganu, Wan Yah Wan Ya’akob, is also not missing out on casting her vote in this 15th General Election.

Although her health deteriorated to the point of affecting her vision and hearing, Wan Yah is still excited to carry out her responsibility.

The son of Wan Yah, 62-year-old Harun Md Deli, also did not mind sending his mother to the polling station, which is only two kilometres from their home.

I’ve also sent my mother to the polling centre during the last general election (GE14). Even though her health is not so good, her memory is still strong. She knows that it is important to go out and vote.

Wan Yah may be the oldest person in their village as her real age may be over 100 years old based on the asterisk at the end of her ID number. Harun said that people used to register late births in the olden days and her mother could be one of them too.

The Election Commission (SPR) explained that up to 9 October, the voter registration statistics showed that a total of 922,856 voters in Terengganu are eligible to vote for GE15 this time.