Johor, Melaka, Kelantan, and Perak recorded an increase in the number of flood victims last night, while Selangor showed a decrease. 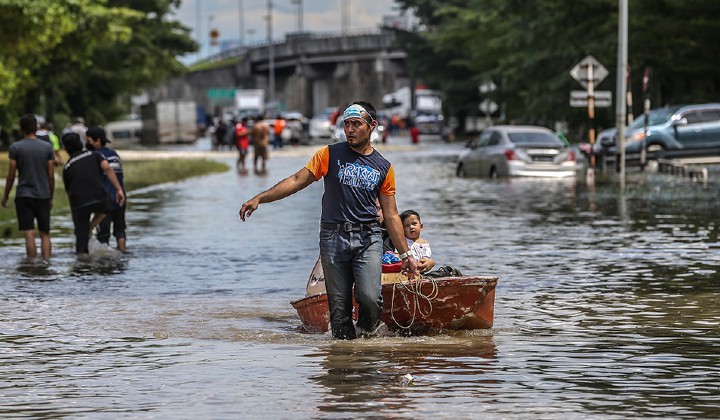 Johor, Melaka, Kelantan, and Perak recorded an increase in the number of flood victims last night.

According to Bernama, the number of evacuees in Selangor dropped to 126 compared to 144 earlier in the day.

The situation in Penang showed an improvement after the last temporary evacuation center (PPS) at Sekolah Kebangsaan (SK) Lahar Yooi, which had been sheltering 37 victims from eight families, was closed down on Monday.

The Johor District Disaster Management Committee informed that six PPS were operational in the districts of Segamat, Kluang, Pontian, and Tangkak, where the number of victims increased to 318 from 310 at 4 p.m. Monday.

Over in Melaka, the number of flood victims at two PPS in Alor Gajah increased from 41 from 12 families at 8 a.m. on Monday to 51 from 16 families.

All of the victims were from Kampung Gadek, Kampung Bukit Tambun, Kampung Bukit Balai, Kampung Pulau, and Kampung Belimbing, however one additional neighbourhood in Central Melaka, Taman Bukit Beruang Bestari, was also affected, but no PPS was opened.

Secretariat of the State Disaster Management Committee in Melaka

The number of flood victims at SK Changkat Lobak has increased somewhat to 34 from 10 this afternoon, with an additional four victims at PPS Dewan Multipurpose Kampung Padang Tembak.

PPS Dewan Orang Ramai Kampung Jelapang in the districts of Larut Matang and Selama showed a decreasing trend, with 12 victims from two families compared to the previous 40 victims.

According to the JKM InfoBencana website in Selangor, the number of flood victims has decreased to 126 from 36 families, down from 144 from 44 families on Monday afternoon.