There were five vehicles involved, including two trailers and a motorcycle. 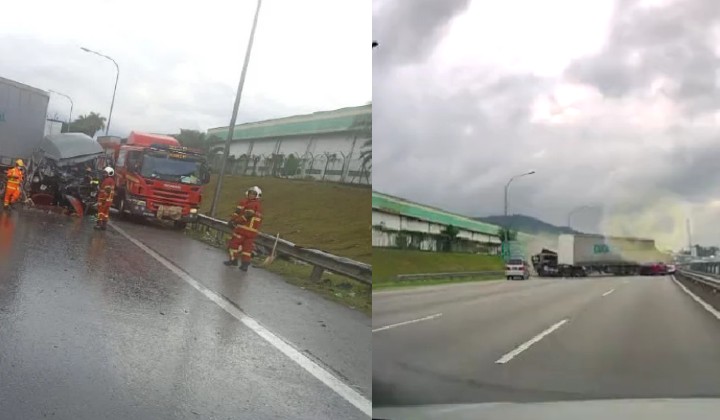 An accident at KM 280 of the North-South Expressway (NSE) southbound near the Recron Malaysia factory in Nilai saw a trailer swerving out of its lane, going over the metal road divider and ending up on the other side of the highway.

According to Harian Metro, the driver of the trailer died at the scene.

Four other vehicles were involved in the crash, including another trailer and a motorcycle.

The 11.40 a.m. accident also resulted in the closure of all four lanes and traffic congestion stretched over five kilometers.

The Negeri Sembilan Fire and Rescue Department said including the deceased, there were 10 victims.

Two men and two women sustained injuries while the others involved were unharmed.