Barisan Nasional candidate for the Pengkalan Chepa seat declared to the press yesterday that his academic degree had been validated by the university. 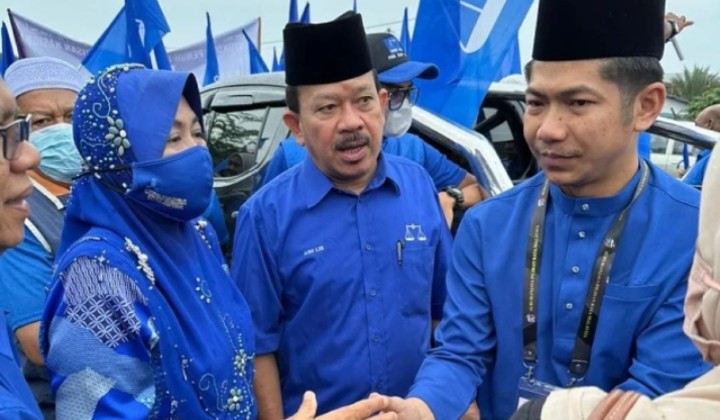 A Facebook user took to the social media site alleging she had found proof that Mohd Hafiezulniezam Mohd Hasdin or Dr Hafiz, Barisan Nasional’s (BN) candidate for the Pengkalan Chepa parliamentary seat, is not a doctor.

Liyana Marzuki, the owner of the Facebook account, claimed that Dr. Hafiz’s medical certificate is fake and that he did not finish his studies at the Gadjah Mada University in Yogyakarta as he claimed.

Liyana claimed to have received confirmation from the university that the individual in question had not completed his studies. Liyana shared an image of what she claimed was an official letter sent to her email.

Dr Hafiz told the press yesterday that the university had certified the validity of his academic degree. However, he did not provide documentation to support this.

In response to an official email I sent, I hereby provide proof from Gadjah Mada University. They said that this BN candidate is not a UGM alumni and that the viral degree certificate is likewise fake. He was not a graduate, according to the letter.

Liyana also provided multiple screenshots of emails she had with the university in question to support her allegation.

The Indonesian Ministry of Higher Education’s database, which I also examined, shows that this candidate did not pass his studies. You may verify it for yourself by clicking the linked link. As a result, I urge this candidate to be sincere with the electorate over the next 24 hours. If he doesn’t provide a statement and any proof within that time, I will proceed with filing a police report, and my lawyer will take additional steps to file a lawsuit against him.