Police arrested six suspects and seized a pistol with ammunition rounds in the aftermath of the incident. 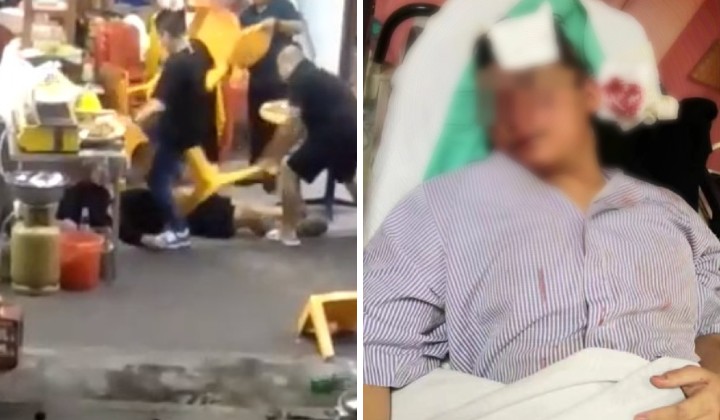 Police arrested six men, including a foreigner, for being involved in a riot at Jalan Dato’ Abdullah Tahir in Johor Bahru on Wednesday.

They were arrested in several raids around Larkin and Masai starting at 9.40 pm.

According to him, in the raid, the police seized some equipment used by the suspect in the riot.

The items included a pistol, 20 rounds of ammunition, a firearms card, a permission form to use weapons, and five mobile phones.

It started at 5.30 am on Wednesday, when a 19-year-old boy was injured when attacked by a group of men near a restaurant on the street.

The video footage also shows the victim being beaten and pointed at with a gun by a suspect.

Raub said that the riot involved 10 men who beat the victims en masse and was believed to be caused by a foreign woman.

He said the victim met a woman in her 20s who was a suspect’s girlfriend.

The suspect, who was not satisfied, hit the victim with the woman while in a restaurant.

Victims were attacked en masse and injured using their hands and feet and various tools used as weapons, including chairs, tables and cooking utensils.

As a result of the incident, the victim suffered injuries to his head, face, hands and feet.

He was treated at the Sultanah Aminah Hospital (HSA) as an outpatient.

Meanwhile, controversial videos always go viral online, and the incident was no exception.

It was recorded by the public who were nearby and shared on social media, generating a great deal of attention.