Critics of the raid said it violates freedom and fundamental rights. 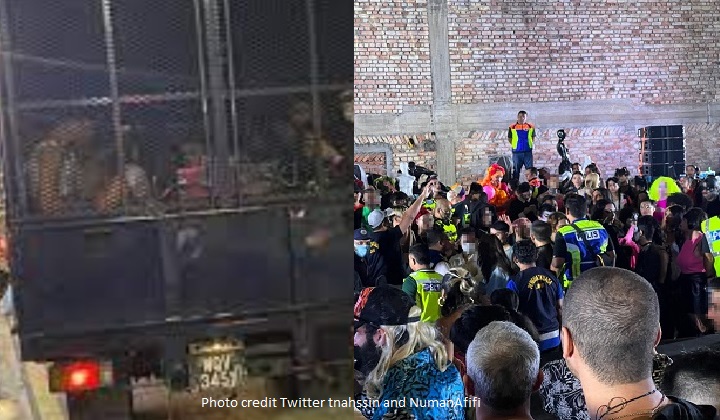 The authorities have been lambasted following a raid at a Halloween private event in RexKL.

According to messages posted on social media, the raid was allegedly conducted by the police and the Federal Territories Islamic Religious Department (JAWI).

Activist Numan Afifi, on Twitter, claimed that transgenders were detained and brought to the JAWI office for further investigation. However this can’t be verified as JAWI has yet to issue a statement on the matter.

It is understood those detained included drag queens and transgenders.

We are at JAWI office in Kuala Lumpur with human rights defenders and activists in solidarity with the people investigated by the religious department. pic.twitter.com/M7O5LhhM93

Outgoing Klang MP Charles Santiago said the raid was unnecessary as it was just a party to celebrate Halloween.

He said there are more urgent matters affecting society that deserves attention from the authorities.

We have people who are still reeling from job losses; the ringgit is weak; the economy needs resuscitation. But you use resources to go after people who were at a Halloween party? @IsmailSabri60 (2/4)

Others, including comedian Jason Leong, said that a party or arts performance in a private space could not be considered a violation of the law.

Leong said it reminded him of the raid at Bangsar’s now-defunct Crackhouse Comedy Club.

I was at Crackhouse Comedy Club KL when JAWI officers and cops raided it in July.

Harassment of arts spaces is a special kind of oppression.

In solidarity with everyone at RexKL, Tiffin and the LGBTQ community.

Chong, a Sexual Orientation, Gender Identity and Expression (SOGIE) activist, said she was there to help bail out the participants.

I went there straight away after received message from people who are inside. Waited untill everyone bailed and home. To me, is never a political suicide, is about freedom and fundamental rights
#Shagrilla #RexKL https://t.co/PrOcVJ0sWu

Being LGBT Has Always Been Tough

At the same time, others said members of the lesbian, gay, bisexual, and transgender (LGBT) community have persistently faced discrimination from authorities, society, and religious groups.

Nevertheless, LGBT supporters have remained defiant in the face of the latest shakedown and would not compromise who they are.

What JAWI did was unlawful, they had no grounds at all to raid the #shagrilla party at REXKL. It was a Halloween weekend for god sake. This was clearly targeted because most of the attendees were LGBTQ+. You will never intimidate us. #tetapbangga

PS: Can we actually sue them?

Instead of backing down in the face of threats and insults, LGBT supporters said they exist and will continue to exist.

What happened at #REXKL last night was an abhorrent violation of our rights. How do you expect us to live freely when our private spaces are raided and our friends are harassed by the disgusting likes of JAWI and PDRM?