Singapore said the incident happened on its territorial waters. 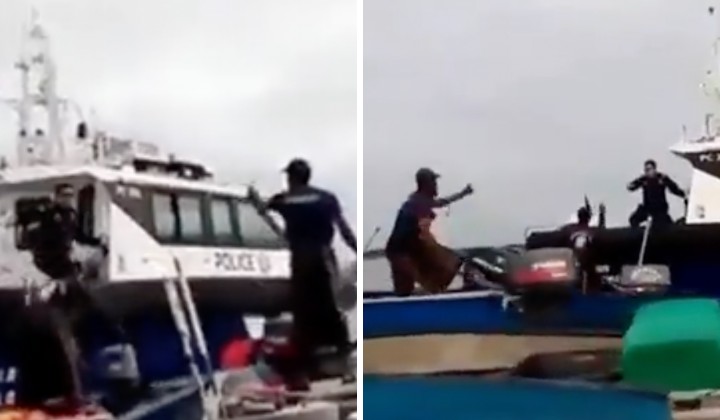 The Singapore Police Force (SPF) has denied allegations that Malaysian fishermen were chased away by the Police Coast Guard (PCG) for fishing in the country’s waters last Sunday (23 October).

SPF said the allegations were untrue as the incident occurred in Singapore’s territorial waters adjacent to Lim Chu Kang, an area in the northwestern part of the North Region of Singapore.

The SPF said last Sunday at approximately 4 pm, a PCG vessel was patrolling the republic’s waters before detecting a group of Malaysian fishing boats.

The fishing boats were seen entering and exiting the live-fire area of ​​Lim Chu Kang.

PCG staff approached the Malaysian fishing boats and used its sound system to advise them to leave the area for safety.

At around 5.30 pm, several Malaysian fishing boats approached the PCG vessel and its crew and were dissatisfied when asked to leave the area.

PCG personnel explained that unauthorized vessels are prohibited from entering the area and asked them to leave for safety.

After a verbal exchange, the fishing boats returned to Malaysian waters at around 5.37 pm.

It was reported that a group of 10 local fishermen accused Singapore authorities of chasing them away.

When the alleged incident happened, the fishermen were setting up shrimp nets near the Second Link Bridge in the Pasir Laba area.

The Royal Malaysian Police (PDRM) is investigating the incident.

Adding Fire To The Flame

The incident opened up old wounds for some netizens, notably over the perception that Singapore is far superior because it purportedly never shows favouritism to any race.

It also does not help that PCG personnel were accused of belittling the Malaysian fishermen during the incident, making derogatory remarks such as stupid and dumb.

Since the expulsion of Singapore from the Malaysian Federation in 1965, several other differences have developed between the two countries.

It included a dispute over water prices (under the 1961 and 1962 water agreements) and ownership of Pedra Branca, an island off the coast of Johor and at the eastern entrance of the Straits of Singapore.

Malaysia was given the Middle Rocks, which consist of two clusters of small rocks about 250 metres (820 ft) apart.