With GE15 being just around the corner, here’s a guide on how to cast your ballot. 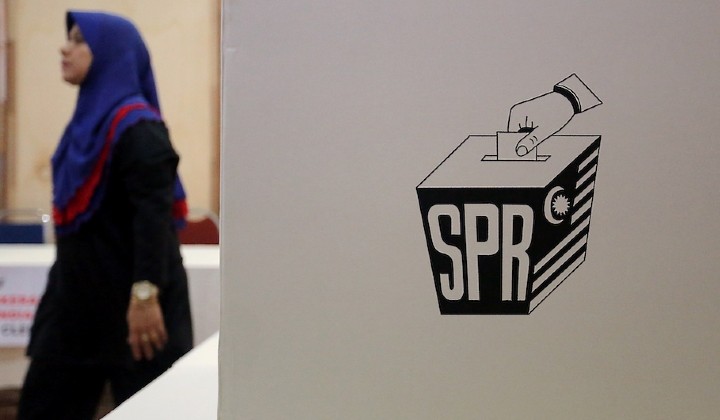 Because Malaysian elections are held every five years, many of us forget the procedures and how to vote.

Not only that, but individuals voting for the first time should be aware of these issues so that the voting process proceeds smoothly and without delays.

Prior to Election Day, voters must check the voter registration list. Verify that your information is accurate and that you know where to vote.

READ MORE : First Time Voting? Here’s Everything To Get You Started

Voting centers (whether school buildings, halls, tent halls, or others) have several voting channels to accommodate the large number of registered voters in the area.

The EC mandates a maximum of 700 voter names for each polling station channel. In this way, the issue of congestion in a particular channel may be managed, and voters will not need to wait long to cast their ballots.

Documents That Need To Be Brought When Voting

3. An official identification card issued by any government agency with the holder’s name, number, and photograph.

Vote On Behalf Of Others

A person is not allowed to vote on behalf of another person. However, in some circumstances involving visually challenged voters, the voter must be accompanied by a trusted individual who will assist them in marking the ballot, providing that the individual has filled in Form 10.

Voters must first ensure that their ballot papers are stamped or punctured with the official mark of the EC.

If neither of these conditions is fulfilled, the voter must guarantee that the Head of the Polling Station has signed the top left corner of his voting paper.

Ensure that you receive a ballot without any markings, such as pen ink, etc. If you receive such a ballot, inform the on-duty supervisor to replace it with a fresh one.

If your ballot has any other mark on it besides the cross, your vote will not count. The ballot received must also have a serial number.

Section 3 (1) of the Election Offenses Act 1954 states that if voting papers are removed from the polling booth, the individual can be convicted and sentenced to a maximum of three years in prison and a maximum fine of RM5,000.

The ballot paper is typically marked by a crossing (X). In fact, vote papers with additional indications are still accepted under the Election Commission’s criteria and standards (SPR).

This mark should be exactly inside the box and should not cross the boundary into another candidate’s space. This indicates that the cross mark should not go into the ballot paper’s mark space, logo space, or candidate name space.

In this regard, the SPR specifies that the right way to mark a ballot is to place an “X” in one of the boxes of any candidate selected by the voter on the relevant ballot paper.

Although other marks are still acceptable, it is up to the Head of the Polling Station to determine whether a mark falls within the category of the accepted vote, questionable vote, or rejected vote.

A guidance poster on how to accurately mark the ballot paper is also placed at each ballot box for the convenience of voters.

If a voter marks the ballot paper with a sign other than a cross, their vote will be counted as a doubtful vote during the voting process. Agents counting the ballots of the rival parties will also be present and monitoring the process.

When a voter fills in a symbol other than a cross in the logo or name space of a competing candidate instead of the blank space provided, this is called a “dubious vote.”

Examples of doubtful votes that are accepted

Doubtful ballot status will not cause the ballot paper to be automatically rejected. On the other hand, it will be re-evaluated by the election officer, such as the Head of the Polling Station (KTM) or, if necessary, by the Election Manager or Assistant Election Manager in the place they are assigned.

Voters are also prohibited from creating any marks or notes that can be used to identify them, such as writing names, phone numbers, or nicknames. It is also banned to draw, write words, or write anything other than the ballot mark on the ballot paper.

1. Don’t go in unless the officers stationed at the door tell you to.

2. Hand the First Voting Clerk your MyKad or other forms of identification and the check slip. Make sure there isn’t a lasting ink stain on the finger by showing your hand to be checked.

3. Continue on to the second poll worker. Place your hand on the permanent ink pad to smear from while you wait for your name to be called.

4. The first poll worker will record your name and registration number in the voter register book after the finger has been permanently inked and before the ballot paper is distributed. Obtain the ballot from the third poll worker.

5. Head to the voting booth and place an X in the candidate field on your ballot. Pick just one candidate.

6. Place the ballots for the State Assembly and Parliament in the appropriate ballot boxes.

Check to see whether you are registered to vote right now.

People in Malaysia who are at least 18 years old and are eligible to vote can (and are encouraged to) check their voter status on the official MySPRSemak website before the 15th General Election (GE15).