Teo and Malaysian company Sunrise Greenland have been sanctioned by the United States for the trafficking of endangered and threatened wildlife. 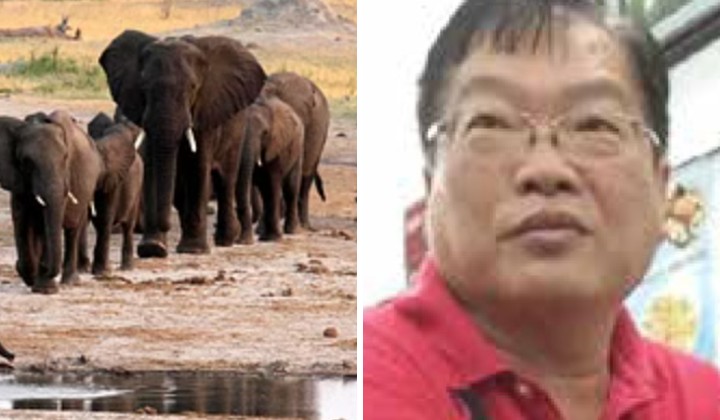 The United States is set to prosecute a Malaysian ‘Datuk Seri’ for conspiring to engage in wildlife trafficking and money laundering.

In a statement, the US attorney for the southern district of New York said Teo Boon Ching, 57, was extradited from Thailand recently.

He was arrested in June on a second count of wildlife smuggling.

On the 30th of June Teo Boon Ching is arrested. On 10 July Malaysian Customs seize 6 tonnes of ivory and other wildlife including 29kgs of rhino horn. Coincidence?? I think not, lots of possibilities here…bet there are some nervous traffickers and corrupt officials out there. pic.twitter.com/8LhWAfAOw0

US attorney Damian William said Teo was the head of a transnational criminal enterprise that trafficked rhino horns and enriched poachers who killed endangered animals.

Teo, who is said to have businesses in Malaysia and Thailand, is accused of trading and smuggling rhino horn.

Teo became a specialized smuggler, transporting rhino horns from rhino poaching operations mainly in Africa to end customers mainly in Asia. Teo also claimed to be able to send rhino horns to the US.

End Of A Kingpin

The statement added that a confidential source in the US, acting as the buyer, bought 12 horns from Teo.

The buyer transferred the money from a New York bank to numerous Chinese bank accounts through a “secret” banking facility in Thailand.

Reuters reported that the US had imposed sanctions on the Malaysian group, accusing it of engaging in ‘cruel trafficking of endangered wildlife and poaching products’.

The US also said it had sanctions on Malaysian timber trading company Sunrise Greenland.

The organization specializes in transporting rhino horn, ivory and pangolin from Africa.

The statement said it uses routes through Malaysia and Laos to service customers in Vietnam and China.

Teo is not the first of his kind in Malaysia.

In November 2010, the Shah Alam High Court ordered businessman Anson Wong Keng Liang to be jailed for five years for exporting 95 dangerous snakes without a permit two months ago.

On 6 Sept that year, the Sessions Court sentenced him to six months imprisonment and a fine of RM190,000.

Wong, dubbed the ‘lizard king’ pleaded guilty to exporting a “Boa Constrictor” snake, a scheduled species in the Third Appendix of the International Trade in Endangered Species Act 2008.

After an appeal, he only served 17 months and 15 days of his five-year jail sentence.

It was later alleged that Wong remained in business despite having his licence revoked by the authorities.

On its part, the Malaysian government toughened the laws to curb wildlife poaching and trafficking.

Earlier this year, the Wildlife and National Parks Department (Perhilitan) said the number of wildlife smuggling recorded a drop by 60% in 2021, from 10 cases in 2020 to four last year.

Malaysia’s upper house of Parliament has passed changes listed in the Wildlife Conservation Bill 2021 paving the way for a tougher law to fight wildlife crime. Offenders face fines of up to RM1 million & up to 15 years in prison for some offences. 👍🏼👏🏼