The uncle’s son-in-law was supposed to come and pay for the meal, but the latter met an accident. 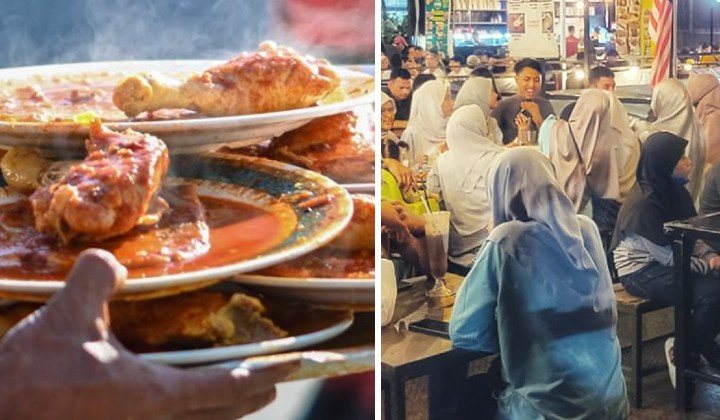 Recently, a stranger paid for a family’s food bill because he couldn’t bear to see them humiliated by the restaurant owner.

Recalling the incident through a sharing on Facebook, a man named Fahmi Huzairi said, at that time, he was enjoying a meal at a restaurant.

Suddenly he and other customers were roused up by a loud voice.

The restaurant owner was scolding an elderly customer for not having money to pay the meal bill.

The uncle was with his wife, four grandchildren and three teenage and adult women.

The uncle explained to the shopkeeper that his son-in-law told the family to eat there.

But at that moment, the son-in-law had yet to arrive and could not be contacted.

Fahmi said the shopkeeper did not care and demanded that the uncle come up with RM259 for the bill.

He said the old man’s face was ashamed at being scolded in that manner.

Fahmi recalled that the situation was very different when the old man and his family arrived at the restaurant and dined.

That uncle wears a turban and a robe… his family also dresses nicely as Muslims. This is a good family, I can’t bear to see them humiliated.

Netizen Fahmi Huzairi on why he decided to pay for the family.

Fahmi added that he saw the family arriving in an old Nissan Vanette van at the restaurant.

Shining The Light Into The Dark

Without hesitating, Fahmi immediately called the restaurant’s owner to calculate the bill for his meal.

At the same time, he also asked the restaurant owner to calculate the bill for the old man and his family.

He also asked the shopkeeper to apologise to the uncle and tell him that the meal was on the house.

Fahmi asked the shopkeeper not to reveal that he had paid for the bill.

He reasoned that the uncle might have family problems, made worse by being humiliated in public.

Hence, he wants the shopkeeper to apologise and restore the uncle’s dignity.

He said it is also for the good of the shopkeeper.

Because when you yell at a customer, others will start to think that this is a bad restaurant. Later they will talk about all kinds of things about your restaurant, even though I know that you are a good person.

Netizen Fahmi Huzairi on his advice to the shopkeeper.

Not long after, the restaurant owner went to the old man and his family’s table, and they appeared to be shaking hands and having a friendly conversation.

Later, the family got up and excused themselves in a hurry.

Meanwhile, when Fahmi tried to leave, the restaurant owner suddenly approached him to thank him.

The restaurant owner also paid back the money given by Fahmi to pay for the old man and his family.

She also told Fahmi that the uncle’s son-in-law had an accident, so he didn’t pick up the call.

Fahmi refused the restaurant owner’s offer and asked that the money be kept to pay it forward.

Fahmi’s sharing has garnered over 1,600 shares on Facebook at the time of writing.

Netizens praised Fahmi’s approach, which was described as rational and commendable.

A woman even asked permission to turn the incident into an educational comic to inspire others.

7 Places For Prawn Mee You Should Try In PJ & KL