The 37-year-old ex-son had a habit of taking out loans for drugs and gambling. 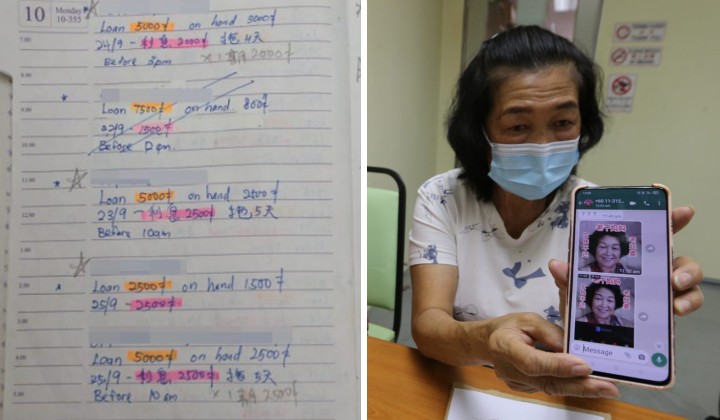 A furniture factory owner falsely brought misery to his mother after borrowing about RM85,400 from 10 ah longs (loan sharks).

The son, 37, falsely claimed that his mother was ill and needed medical help to borrow the money.

He then went into hiding, and as a result, the mother and the family were intimidated and harassed by the loan sharks.

Sin Chew reported that the loan sharks accused the woman and her family of fraud and were partners in crime with her son.

In the end, the mother and her family decided to sever ties with him.

Chiew helped the family to hold a press conference to publicly denounce her son and refute the claim that she needed money for medical treatment.

The woman, who works as a school bus driver, also reiterated that she had never borrowed from loan sharks.

The woman’s eldest son had previously paid the debt for the younger brother.

She said her eldest son, 47 years old, had previously settled about RM70,000 in debt for his younger brother.

I have warned the loan sharks, and they still insist on lending him money, so don’t ask us to pay the debts!

The 67-year-old woman on why she would not pay her son’s debt.

Unexpectedly, he disappeared after borrowing money from the loan sharks again.

After he disappeared, the woman found a book which recorded the details of money owed to loan sharks.

The mother, 67 years old, was not aware that her 37-year son was in the habit of taking drugs and gambling.

She added that the son seldom communicated with the family.

Although he lives together, he always leaves early, returns late, and is busy working in the factory.

Loan sharks will lend you money mafia-style for an extortionate amount of interest.

The threats start if you cannot afford to repay (which people usually can’t).

Maybe you will get beaten up a few times, and your property gets stolen or splashed in red paint.

It is very rare people are killed over such debts because then there will be no repayment.

If you are alive and scared enough of the loan sharks, they can effectively extort money from you for as long as they want.

They are in competition with the banks but typically get clients that the banks don’t want to deal with.

These are people already in debt or with low income who are too high a risk for the risk-averse banking sector.

Because loan sharks are lenders of last resort, the risk of default on the loans is high.

To compensate the loan shark for the small number of high-risk borrowers, loan sharks ask for high interest.

Malaysia is good at re-branding and recycling.

The latest is loan shark services, Ah Long is now re-branded to be a community credit provider and promoted as the solution for people with financial hardship.

This is not helping but 'killing' many who fall into this scheme.