Uyghurs in Malaysia has begun a hunger strike in protest against the ongoing genocide of the Uyghur Muslim people in East Turkestan. 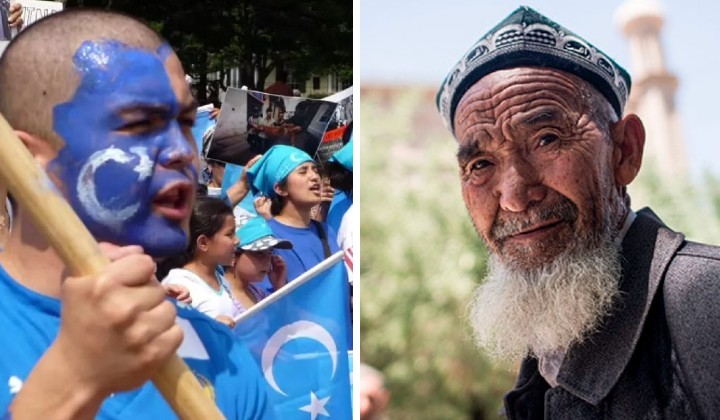 He said the Uyghurs are trying to highlight the mistreatment of Uyghurs in China, which has been documented by leading human rights organisations, including Amnesty International and Human Rights Watch (HRW).

Today it’s estimated that more than 1 million Uyghur people have been detained in camps, camps where they have been subjected to torture, forced labour, religious restrictions, and even forced sterilization.

The arbitrary and discriminatory detention of Uyghurs and other predominantly Muslim groups in China constitute international crimes, in particular, crimes against humanity

Strength To Speak The Truth

An Uyghur who only wished to be known as Gulmira said she started her hunger strike on 23 September and plans to do so until 6 October.

Speaking to TRP, she hopes her hunger strike would create awareness of what is happening in China.

They don’t even know what is East Turkestan (Xinjiang).

An Uyghur in Malaysia, Gulmira, to TRP on the name her people use to refer to the Xinjiang Autonomous Region in China.

If you are in Kuala Lumpur, Malaysia on Oct 7, plz join @AHakimIdris & @RushanAbbas for a screening and discussion of @mymissingsister #UyghurGenocide pic.twitter.com/XgWYpvqkb3

Gulmira also appealed to the Malaysian government to introduce a resolution at the United Nations Rights Council as soon as possible.

At the same time, she urged the Malaysian government to provide safety to any Uyghurs who come to Malaysia.

She said the Uyghurs, who hold Chinese passport, cannot renew them once it expires.

They need to move on to other countries even though they don’t mind staying in Malaysia, said Gulmira.

She is not alone, as Uyghurs in other countries such as the United States are also staging hunger strikes.

Thank you to Congressman Christopher H. Smith for showing his support during the Uyghur hunger protest and hearing our stories. Beloved husband and father passport has been taken hostage for the last several years. He has not been allowed to leave East Turkistan. He is a victim. pic.twitter.com/81dcL38Frx

What Race Are Uyghurs?

Uyghur people have been known for their vibrant music and ethnic dances for centuries, which occupy a significant place in Uyghur life.

The most prestigious and well-known genre of Uyghur music is the Muqam.