The girlfriend was murdered in front of her colleague, who is also her housemate. 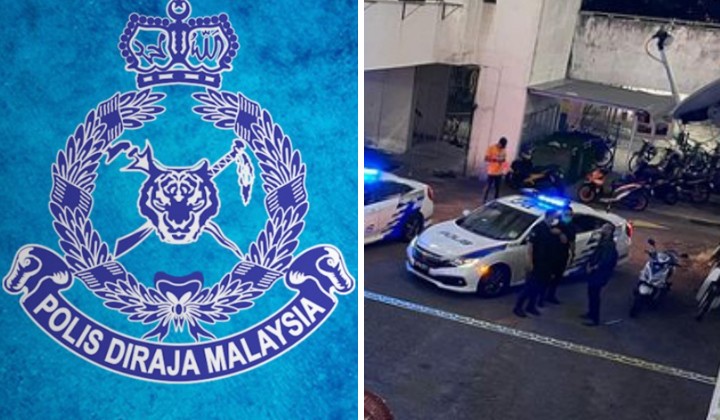 In a bizarre case, a man murdered his girlfriend with a fruit knife before committing suicide.

The incident occurred at Taman Kilangin in Jalan Sungai in George Town on 29 September.

The two deceased were both Burmese nationals.

The female deceased, Khin Nyein, 30, lived on the 8th floor unit of the flat with a female colleague.

The neighbour of the deceased woman said in an interview with Sin Chew that he heard noises from outside the house at night.

When he opened the door, he saw the Burmese woman lying in the corridor.

I was going to step forward to help, but when I saw a Burmese man with a fruit knife coming towards me, I was scared and went back to my house.

A resident at Taman Kilangin recounting the crime scene.

He pointed out that the man put a bag in front of the woman’s house, then walked back and hugged the woman on the ground for a while.

The man then got up and jumped over the fence to commit suicide.

The bag was later taken away by police for investigation.

At the time of writing, bloodstains and broken flower pots were still on the corridor.

You are not alone if you or someone you know is struggling or suicidal.

Befrienders is a not-for-profit organisation providing emotional support 24 hours a day, 7 days a week, to people who are lonely, in distress, in despair, and having suicidal thoughts – without charge.

All our volunteers are trained, and each conversation is strictly confidential.

You may remain completely anonymous, keeping your name private.

Once your call is answered, a caring and trained person will listen to you and ask questions to understand your feelings.

Befrienders will give you the time to share your dilemma and support you if you feel lost about coping.

What Causes Suicide In Malaysia?

According to the Psychiatry Services at the Ministry of Health Malaysia, possible risk factors for suicide in Malaysian society include:

The Malaysian suicide rate was the second highest amongst selected Muslim majority countries, in the middle range amongst ASEAN countries, and lower than all G7 countries except Italy.

This is worrying. Male suicide rate in Malaysia is nearly 4 times higher than female.

Normalise letting men being vulnerable with their feelings https://t.co/yMYLLsZ9n8