Generation End Game is expected to be re-tabled in October’s Parliamentary sitting. 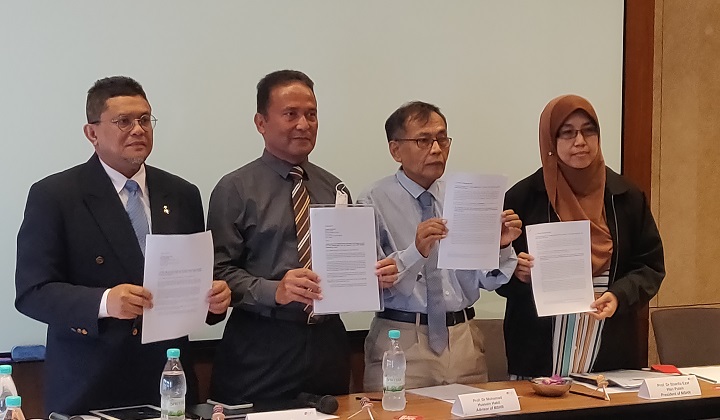 A group of Malaysian public health, psychiatry, and addiction experts are calling on Health Minister Khairy Jamaluddin to take a scientific approach in his efforts to curb cigarette smoking instead of simply pushing forward with Generation End Game (GEG).

GEG is the name given to a proposed law that will make it illegal for anyone born in 2007 and onwards from buying or smoking tobacco and e-cigarette products for their entire lives and will be re-tabled in the upcoming Parliamentary sitting in October.

In a press briefing today, Malaysia Society for Harm Reduction (MSHR) president Prof. Dr. Sharifah Ezat Wan Puteh said that while they generally welcome the efforts to put a stop to smoking, their fears are that GEG will instead force nicotine addicts underground.

“Smoking is a big problem in Malaysia. One of the recent publications shows that from those 15 years old and above, males, the prevalence was up to 42.5%,” she said, adding that it meant almost 1 out of 2 men in Malaysia smoke.

She pointed out that smoking caused around 22,000 deaths per year in Malaysia and while there is a decrease in the prevalence of smoking, Malaysia is still expected to have a 19% prevalence in 2025, missing its target of 15% for that year.

She added that foreign studies had also found that 1 in 5 smokers here smoke contraband cigarettes because they are cheaper (due to high taxes on legal tobacco) and easily accessible, and will become an option for people targetted by GEG aside from other sources such as family and friends born before 2007.

MSHR and Universiti Malaya Centre for Addiction Science Studies (UMCAS) advisor Prof. Dr. Mohamad Hussain Habil said it was important for GEG to achieve its targets without causing bigger issues and called for the Health Minister must be more sympathetic toward nicotine addicts.

He said nicotine addiction was among the more serious forms of addiction with nicotine replacement therapies (NRT) such as nicotine chewing gum having a success rate of 10%, adding that 80% of smokers are from the lower rungs of the socioeconomic ladder; the B40.

There are rumors that the fine (for GEG) might be lessened from RM5,000 to RM50, but RM50 for low-income people is not a fine that most of them can pay, and sentencing them to community service takes them away from their jobs and from school.

As such, he suggested other alternatives be adopted, such as Tobacco Harm Reduction (THR) strategies, not for non-smokers, but for those looking to quit through a stepwise approach which would eventually lead to total abstinence from smoking and vaping.

Using examples of other countries, Dr. Hussain said that THR strategies in Australia had shown a 70-80% success rate, and had also been implemented in New Zealand and the United Kingdom instead of forceful techniques.

Give us a chance. We are people on the ground. We are practitioners and our approach is healing and empathy. We hope our Health Minister also will have some opportunity to listen to our concerns because he is the ultimate lifeline for our patients and for our generations. Whatever the policy that you are going to impose, please make sure that this policy is not worse than the smoking-related problem itself.

Expanding on THR strategies, Insaf Murni Association of Malaysia (IMAM) president Dr. Mohd Khafidz Ishak pointed out that smokers inhale 7,000 chemicals including 70 known carcinogens but studies in the U.S. and U.K. have shown vaping to be less harmful, adding that adults are giving up tobacco at an unprecedented rate in favor of it.

Preferring THR to GEG, and using Bhutan as an example, he said the country had prohibited the sale, manufacture, and distribution of cigarettes for years and in 2020 saw an increase in illicit cigarettes, smoking and tobacco use among its youth.

Calling the GEG a draconian approach, he predicted that such prohibitive measures do not work as, in the case of opiates, “zero tolerance” approaches failed to reduce cases.

If we force them to stop, it’s like what happened to our drugs communities. When we said ”drugs were dirty and users were trash” they rebelled and used more.

Advanced Centre for Addiction Treatment Advocacy (ACATA) president Dr. Arifin Fii also said that for THR strategies like vaping to be incorporated into smoking-related laws was the best move forward for Malaysia right now rather than rushing to implement a highly demanding GEG.

He said that while addictive, nicotine itself was not harmful and was even used in the treatment of neurodegenerative diseases like dementia in the U.S.

As such, he said THR strategies could complement current measures as a pragmatic approach that “allowed” addiction to nicotine but minimized the harm present in smoking for recalcitrant smokers who do not want to or are unable to quit.

Malaysia should delay the proposed GEG until we are really prepared. I am confident with the inclusion of a broader comprehensive and well-regulated THR strategy and tobacco control, we will speed up this preparation to put the final nail in the coffin of tobacco use.

They also had three recommendations for the New Tobacco Bill 2022 which are that (a) the GEG component not be incorporated until it is reviewed and revised with THR principles backed by science, (b) the prohibitive approach of fines and punishments should be eliminated, and (c) while an End Game approach is relevant the process leading to it should be multi-pronged (regulate, educate) with a phasic end game strategy.