Lim joins those older than her, including secondary and college students, to represent Malaysia in the English Language Olympiad. 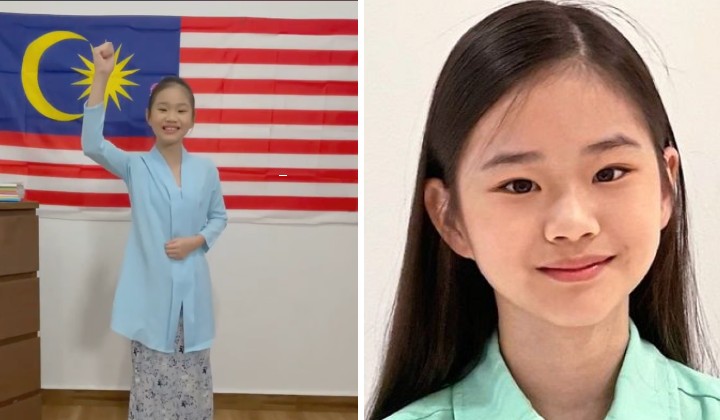 Why we should learn English at a young age?

Learning the English language early is essential for a child’s development.

It helps them be more successful later in life and explore new cultures.

Learning the English language also creates many opportunities for children, such as attending exchange programs or studying abroad.

Such is the case for an 11-year-old girl Isabel Lim Yu Tong, who will represent Malaysia in an English Language Olympiad in Rome, Italy.

The Year Five student from SR Seri Presbyterian prepared for months to be among nine Malaysian finalists selected for the event, which takes place from 28 to 30 September.

They will be battling out students from all over the world during the Olympiad.

The other Malaysian contestants are:

She has always been interested in learning English since she was little.

The Star quoted the talented kid saying she likes to read Harry Potter and Percy Jackson books, which is why she is good at English.

And despite her young age, she is undaunted by the task ahead.

I am not feeling any pressure, and I am actually looking forward to making new friends from all over the world.

11-year-old Isabel Lim Yu Tong to The Star on her readiness for the Olympiad.

She also learns and observes how the actors speak in TV shows, her favourite being the American television sitcom Big Bang Theory.

Lim is also not shy about communicating in English with her classmates and teachers.

She has also been taking part in various other competitions related to English speaking and art.

There seems to be no limit to her talents, as Lim also plays the piano and is getting good at it.

What Is The English Language Olympiad?

The Olympiad is organised by the Global Hippo Association, a non-profit organisation founded in 2012.

There is only one correct answer to every question, and there are no negative marks.

Registration for the Hippo English Olympiad Competition 2022–2023 has started. The goal of this competition is to test the language competency of children from around the world.https://t.co/QUl0xReCJ3https://t.co/LeSeFp0XBs… pic.twitter.com/lKIiOUv4Sd