Jho Low allegedly embezzled RM38.8 billion from 1MDB and still has a considerable amount of money. 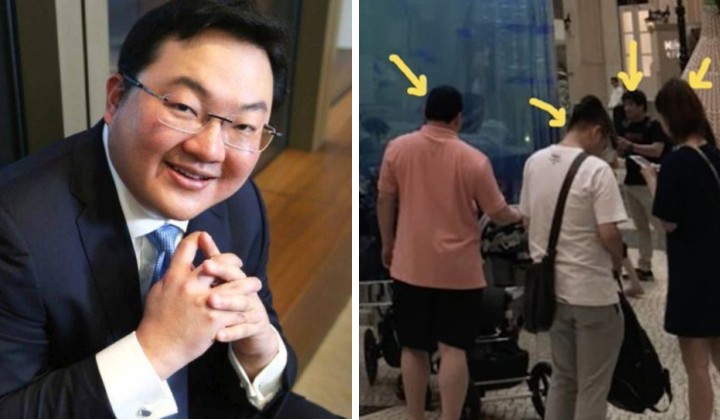 A famous Cantonese proverb says that if you have money, you can make a ghost push a millstone (有錢使得鬼推磨).

Does that explain why people are still asking where is Jho Low?

The fugitive businessman is wanted by authorities internationally in connection with the 1Malaysia Development Berhad (1MDB) scandal.

An Interpol Red Notice was issued for Low in 2016, and he is wanted in several countries, including Malaysia, Singapore and the United States.

Some reports said he hid in Taiwan, where the United States and Malaysia have no extradition treaty.

In November 2020, Al-Jazeera reported that Low was living in Macau in “a house owned by a senior member of the Chinese Communist Party (CCP).

He has managed to travel freely despite the Malaysian police submitting an Interpol red alert, saying these actions are politically motivated.

Recently, two journalists from the United States said he was photographed in a shopping mall in Macau.

Here's wanted poster No. 1. As @bradleyhope says: "Our theory is that Chinese people will sympathize with Malaysian people and the idea that one of the most infamous fugitives from their country is living in China." pic.twitter.com/EMCBFBJUgA

The US Wall Street Journal reporters Tom Wright and Bradley Hope, who wrote the book exposing the inside story of the 1MDB (1MDB) fraud, broke the news.

They released a photo showing Jho Low (in orange shirt) appearing in a shopping mall in Macau with his back turned to the camera.

Bradley said a private investigator took the photo of Low’s back.

The photo shows a man in an orange top and shorts pushing a stroller.

There was also a man and a woman standing beside him.

In a YouTube video with Tom Wright, Bradley added that a private investigator showed him a photo of Low’s face.

But for some reason, he could not release the photo.

He also said that the woman in the black dress in the photo is Low’s long-time girlfriend – and later wife – Jesselynn Chuan Teik Ying.

He was also seen with two people, believed to be his assistant and guardian.

However, the two reporters did not disclose the photo’s date.

Meanwhile, Bradley said Low had embezzled US$8.5 billion or RM38.8 billion from 1MDB.

He added that Low still had a considerable amount of money compared to the amount successfully recovered by various governments, including Malaysia.

According to reports, the US and UK governments have successfully recovered about US$1.4 billion or RM64 billion in assets, including luxury homes, aircraft and company stakes.

He added that not all funds embezzled from 1MDB had been successfully traced and identified.

In light of this, Tom said he believed Jho Low still held billions of ringgit misappropriated from 1MDB, which is why the businessman is still at large.

It’s an unusual situation for someone who is absconding (with huge wealth). That’s one of the reasons that makes Malaysia and the Malaysian government angry because (the countries concerned) did not take action (to capture Jho Low ).”

In November last year, the Ministry of Finance announced that the government had recovered RM20.53 billion of 1MDB assets.